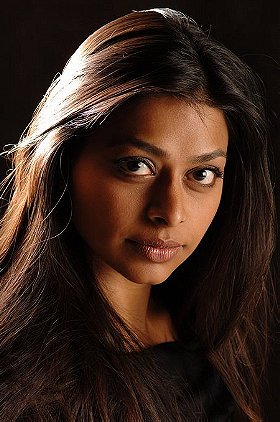 Dharker made her screen debut in the 1989 Francois Villier film, Manika: Une vie plus tard. Dharker subsequently went on to star in many American, French and Indian films. She has had many television roles in the UK, particularly in Cutting It and Life Isn't All Ha Ha Hee Hee, in which she co-starred with Meera Syal.

Her most internationally recognised role was when she acted as Queen Jamillia, the Queen of Naboo in Star Wars Episode II: Attack of the Clones (2002). Dharker starred in the Andrew Lloyd Webber musical Bombay Dreams, both in London's West End and on Broadway (2004). She also starred in The Mistress of Spices (2005).

In the international award-winning film, The Terrorist (1999), she played the lead character Malli, a role that earned her a nomination for the National Film Award for Best Actress in India and the Cairo Film Festival award for Best Artistic Contribution by an Actress. ... (more) (less)
Tags: Actress (4), Indian (2), Star Wars (1), Short (1), Brown Eyes (1), Beautiful Smile (1)
My tags: