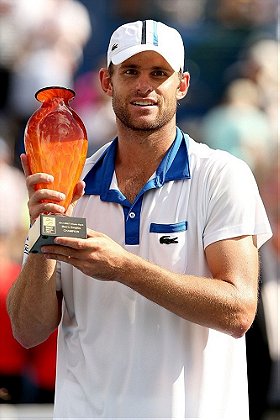 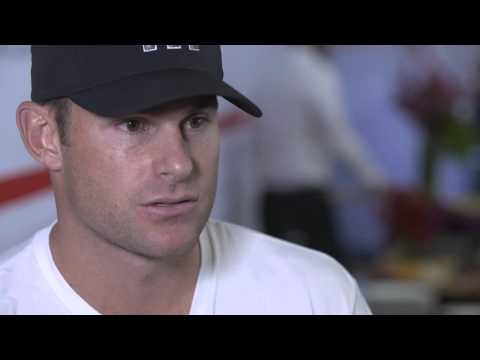 That same year, Andy turned pro, playing in ATP Entry System events. Despite knee surgery in April, his debut went considerably well as he peaked late in the season, winning a Challenger event in Austin, and reaching the semifinals in a Las Vegas tournament. Another title in Burbank and a runner-up performance in Knoxville elevated Roddick's ranking from No. 326 to No. 160 in November 2000. In 2001, his first full season on tour, Roddick built on his strong finish from the year before. At his 10th career ATP tournament, Roddick came away with his first title on the clay courts of Atlanta. The following week, he won another tourney in Houston without dropping a set. After reaching the 3rd round at Roland Garros and Wimbledon, this up-and-comer won his third title in Washington. By year's end, Roddick was placed in the Top 20, and at just over 19 years old, was, by far, the youngest among the group. ... (more) (less)
Tags: American (2), Tennis (1), Tennis Player (1), Athlete (1), ATP (1), Born 1982 (1), Douchebag (1), Born In August (1), August 29 (1), Born In Nebraska (1), Omaha Nebraska Usa (1), Professional Tennis Player (1), USTA (1), Big Serve (1)
My tags: