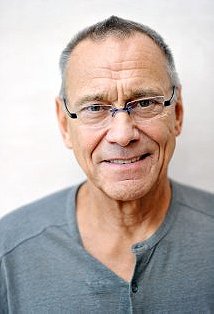 His first Russian film was The First Teacher. This was followed by The Story of Asya Klyachina which won the Russian Academy Award in 1968 for Best Film, The Nest of Gentlefolk, Uncle Vanya, Romance for Lovers, and Siberiada which won the Special Grand Jury Prize at the Cannes Film Festival in 1979.

Born in Moscow in 1937, Konchalovsky comes from an artistic family. His great-grandfather, Vassili Surikov, and his grandfather, Piotr Konchalovsky, were well known Russian painters. His mother, Natalya Konchalovskaya, is a celebrated poet while his father, Sergei Mikhalkov, is a noted playwright and poet.

The multi-talented director studied piano for 12 years before devoting his energies to filmmaking. He graduated from VGIK (Moscow Film School) and began to write and direct immediately. He has written 15 screenplays including Tarkovsky's Andrei Rublev and Nikita Mikhalkov's Slave of Love.

Additionally, Konchalovsky has directed stage productions including The Seagull at the Odeon Theatre in France. He has also directed several operas including War and Peace at the Metropolitan Opera and the Mariinsky Theatre in St. Petersburg, Russia, Un Ballo in Maschera at the Teatro Reggio in Italy and the Mariinsky Theatre in Poland, and Queen of Spades and Eugene Onegin both at La Scala, Italy. ... (more) (less)
Tags: Russian (1), Composer (1), Producer (1), Actor (1), Director (1), Second Unit Director (1)
My tags:

2. The Lion in Winter

2. The Lion in Winter