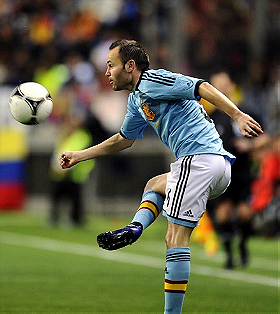 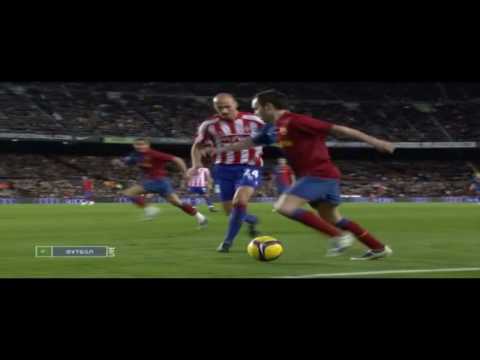 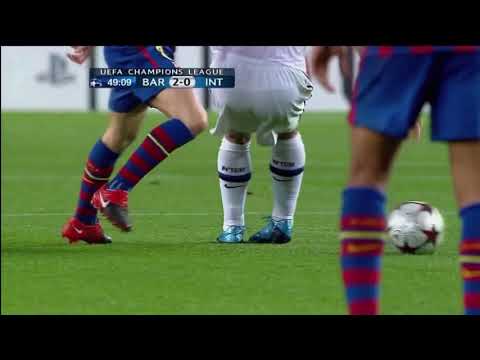 Iniesta came through La Masia, the Barcelona youth academy—after an early emigration from his birthplace and impressed from an early age. He made his first-team debut in 2002, aged 18. He began playing regularly during the 2004–05 season, and has remained in the side ever since. He was an integral part of the Barcelona side in 2009, the only time which a club has achieved six titles in one season.

Iniesta played for Spain at Under-16, Under-19 and Under-21 levels, before making his international debut in 2006. He was selected for the 2006 FIFA World Cup, playing one game, as Spain went out in the second round. He helped Spain qualify for Euro 2008, and played an important role in the side as they went on to win the competition, playing every game and being selected in the UEFA Team of the Tournament. Iniesta was selected for the 2010 FIFA World Cup and was a key member of the victorious Spanish side; he scored the winning goal in the final against the Netherlands, also being named Man of the Match, and was selected in the tournament's All-Star Team. ... (more) (less)
Tags: Soccer (1), Football (1), Spain (1), Spanish (1), Awesome (1), Football Player (1), Spanish National Team (1), FC Barcelone (1), One-club Man (1)
My tags:

4. Take the Ball, Pass the Ball

Diabolik added this to a list 2 years, 9 months ago
Greatest Footballers (104 person items)

LautaroGSeven rated this 9/10 4 years, 2 months ago