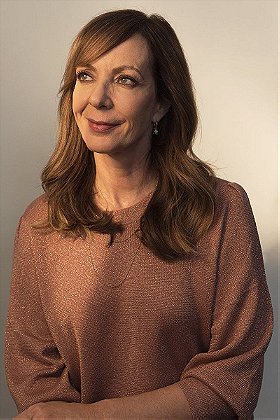 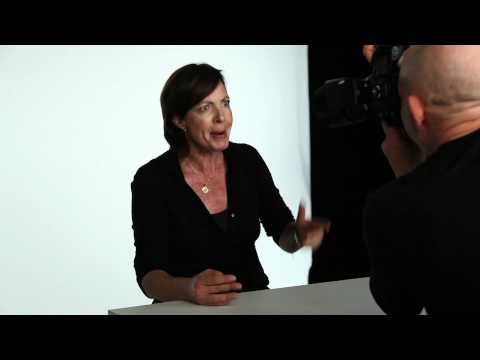 Born on Nov. 19, 1959 in Dayton, OH, Janney was raised with her two brothers by her father, Jervis, a real estate executive and amateur jazz musician, and her mother, Macy, a former actress-turned-homemaker. Though she grew up in an artistic home, Janney had early ambitions of becoming a figure skater. But a horrendous accident where she fell through a glass door at a party and lost half her blood when her leg was almost severed permanently ended her skating dreams. After recuperating from her injury and graduating from Miami Valley School, she attended Kenyon College in Gambier, OH, where she delved into acting and met Paul Newman, who was directing a play at his alma mater. Janney auditioned for a part she won, impressing the venerable actor and his wife, Joanne Woodward, both of whom encouraged the young actress to pursue a career. Once finished with college, she went to New York City, where she continued her dramatic training at The Neighborhood Playhouse, studying alongside future star Dylan McDermott. She also attended summer courses at the Royal Academy of Dramatic Arts in London, England.

Despite solid training and obvious talent, Janney struggled to break out of off-off-Broadway work, thanks in part to her six-foot tall frame, which even prevented her from landing an agent. For years, she struggled to build a career, performing at the Williamstown Theatre Festival and small stages around New York. On the verge of quitting several times, Janney eventually began landing small roles in films and guest starring spots on television. After a couple of episodes of the enduring "Law & Order" (NBC, 1990-2010), she landed parts in the feature films, "The Cowboy Way" (1994) and "Wolf" (1994). Meanwhile, she was featured in the off-Broadway play "Fat Men in Skirts" (1994) and landed a recurring role as a wisecracking maid on the soap opera "Guiding Light" (CBS, 1952-2009), providing welcome comic relief. Though more roles followed, none gave her the opportunity to display her true abilities until she was tapped by Stanley Tucci for "Big Night" (1996). As Ann, Janney projected the right mix of shyness and longing opposite Tony Shalhoub, with the actors bringing a touching quality to their characters' burgeoning relationship.

With her career finally on an upswing, Janney won raves for her Broadway debut as the sophisticated ex-wife of a neurotic matinee idol (Frank Langella) in a revival of Noel Coward's "Present Laughter" (1996). She followed with several small, but memorable feature roles, playing the hostess of a 1970s key party in "The Ice Storm" (1997) and the mayor's wife in "Julian Po" (1997). Returning to the stage, she had a major triumph as the wife of a longshoreman in Arthur Miller's "A View From the Bridge" (1997), for which she earned her first Tony Award nomination. Meanwhile, she starred opposite Jennifer Aniston as her stepsister in "The Object of My Affection" (1998), which she followed with a turn as a con woman in "The Imposters" (1998). That same year, she had a scene-stealing role as the trashy best friend of a Midwestern stage mother in the comedy "Drop Dead Gorgeous" (1999). In "10 Things I Hate About You" (1999), Janney played a guidance counselor with romance novelist aspirations, while in "American Beauty" (1999) she was a chronically depressed middle-aged wife of a tyrannical husband (Chris Cooper).

She returned to the New York stage in 1999, tackling her first major Shakespearean role opposite Jay O. Sanders in the New York Shakespeare Festival's production of "The Taming of the Shrew." Back on the small screen, Janney performed remarkable work in such television movies as "...First Do No Harm" (ABC, 1997), "Path to Paradise: The Untold Story of the World Trade Center Bombing" (HBO, 1997) and "David and Lisa" (ABC, 1998). After long last, she made her primetime series regular debut with a starring turn on the popular and critically lauded political drama "The West Wing" (NBC, 1999-2006). Janney was White House press secretary C. J. Gregg; professional and composed in front of the press corps, but emotional and sharp behind the scenes. The smart, feisty, but somewhat vulnerable character seemed tailor-made for the actress, who won critical kudos for the series' impressive premiere season. Janney would take home the Emmy Award for Outstanding Supporting Actress in a Drama Series in 2000 and 2001, which she followed with an upgrade to Outstanding Lead Actress in a Drama Series in 2002 and 2004.

Now a recognizable performer to many Americans, Janney continued to prove her skills with an unforgettable supporting turn as an acerbic soap opera producer in "Nurse Betty" (2000). She was next featured alongside Rebecca DeMornay and Glenne Headley as one of a trio of sisters forced to live together for a week in order to collect an inheritance in "The Three Sisters" segment of the Showtime anthology special, "A Girl Thing" (2001). As she continued to earn accolades for expertly fleshing out her "West Wing" character with show creator Aaron Sorkin, she continued to make potent supporting turns in major films, including a role as Meryl Streep's lesbian companion in the acclaimed motion picture "The Hours" (2002). In 2003, she took on a slightly larger supporting part, playing Mandy Moore's divorced, embittered mother in the teen romance "How to Deal," and voiced Peach the Starfish in Pixar's animated phenomenon, "Finding Nemo" (2003). Janney next played the new neighbor of a widower (Anthony LaPaglia) with whom she sparks long lost feelings in the well-reviewed ensemble drama, "Winter Solstice" (2005).

Continuing to stake a claim in the independent film world, Janney portrayed the nose-in-the-air stepmother of an American slacker (Sam Rockwell) living in England with his all-too-tolerant father (Tom Wilkinson) in "Piccadilly Jim" (2006). Following episodes of "Weeds" (Showtime, 2005- ), "Two and a Half Men" (CBS, 2003- ) and Aaron Sorkin's short-lived "Studio 60 on the Sunset Strip" (NBC, 2006-07), she turned in some fine supporting performances in smaller films like "Hairspray" (2007) and "Juno" (2007). In the latter, Janney was the caring, but stern stepmother of a fast-talking, smart-aleck teen (Ellen Page) who plans on giving away her newborn to a wealthy couple (Jason Bateman and Jennifer Garner). She was an emotionally detached wife whose equally lacking husband (Jim Gaffigan) play host to a pregnant couple (John Krasinski and Maya Rudolph) traveling the country in search of a place to lay down their roots in Sam Mendes' reflective "Away We Go" (2009). After logging episodes of "Lost" (ABC, 2004-2010) and "In Plain Sight" (USA Network, 2008- ), Janney co-starred in director Todd Solondz's comedy-drama "Life During Wartime" (2010), an ensemble that focused on a large dysfunctional family. The actress portrayed one of three sisters who tries to find normalcy by forging a relationship with a retiree, while her pedophile husband (Ciarán Hinds) tries to reconcile with their son. A pseudo-sequel to the director's controversial "Happiness" (1998), "Wartime" was warmly praised by critics, many of whom highlighted Janney's performance, which earned her a Best Supporting Actress nomination at the Independent Spirit Awards. Janney returned to television in the Chuck Lorre-created sitcom "Mom" (CBS 2013- ), playing a recovering drug addict who movies in with her newly sober daughter (Anna Faris) to help raise her two grandchildren. ... (more) (less)
Tags: American (9), Female (5), Born 1959 (4), Actress (4), Juno (2), Cougar (2), Voice Actor (2), Brunette (2), Straight (2), 1959 (2), Call Her Mistress (1), Would Make A Great Dominatrix (1), Gets Better With Age (1), Funny Bone (1), Dayton Ohio USA (1), Really Tall (1), Oscar Winning Actress (1), Born In Ohio (1), November 19 (1)
My tags:

franlob voted for 3 images 3 months ago

darthjoker12 added this to a list 5 months, 3 weeks ago

"A Pink Starfish who is a Member of the Tank Gang.​"

emberlin voted for an image 6 months, 2 weeks ago

emberlin voted for an image 6 months, 2 weeks ago

PulpRoman voted for an image 7 months ago

radigast voted for an image 8 months ago

nitevision voted for an image 9 months, 3 weeks ago

"::::: The Evolution of Allison Janney ~ Emmabell"

"::::: The Evolution of Allison Janney ~ Emmabell"

radigast voted for an image 12 months ago

yellowhair voted for an image 1 year, 1 month ago

MUZE voted for an image 1 year, 1 month ago

ORION voted for an image 1 year, 2 months ago

goranjo voted for an image 1 year, 5 months ago

dvirgueza voted for an image 1 year, 5 months ago

dvirgueza added this to a list 1 year, 5 months ago
Planet Hot (2083 person items)

MUZE voted for an image 1 year, 6 months ago