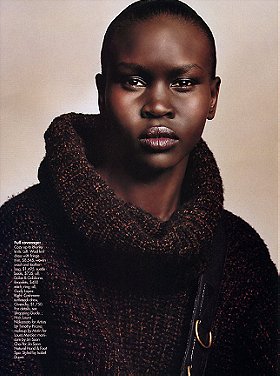 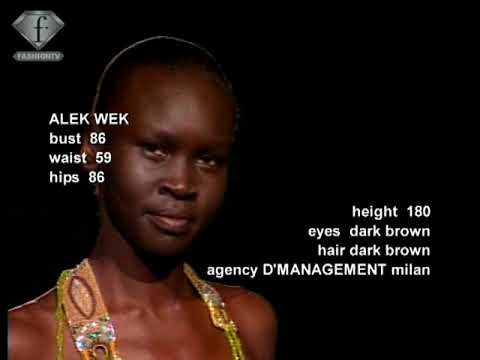 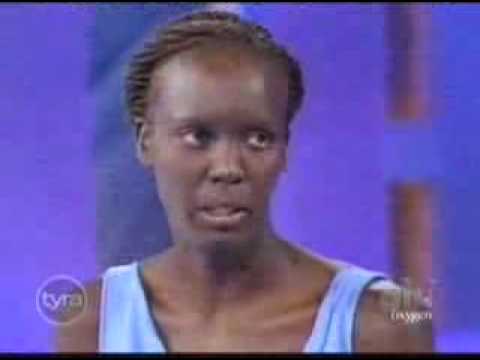 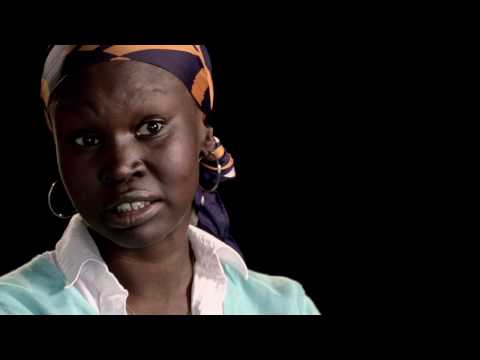 Later, granted asylum in Great Britain. She was discovered at a market in London in 1995. Appeared for fashion houses such as Gucci, Vivienne Westwood, Chanel, John Galliano, Fendi, Jean Paul Gaultier, Ralph Lauren, Donna Karan, and Halston. Appeared on the cover of Elle. She signed to Models One, and it wasn't long before she appeared in a Tina Turner video and on the pages of cutting edge publications Vibe and i-D. Her distinctive looks, so different from the usual catwalk fare, caused a stir the world of fashion, and garnered a raft of awards, including "Best New Model" at the Venus de la Mode Fashion Awards, 1997 MTV model of the year, and "Model of the Decade" from i-D.

Outside her modelling commitments, Alek draws upon her own experiences as a refugee to help highlight the plight of the world's dispossessed and, as a member of the US Committee For Refugees' Advisory Council, campaigns to raise the profile of the humanitarian disaster in the Sudan. ... (more) (less)
Tags: Supermodel (3), Model (2), Black (1), Sudan (1), Sudanese (1), Striking (1), Born In 1977 (1), High Fashion Model (1), Most Beautiful Women On Earth (1), Model Known For High Fashion Not VS (1), 90s Model (1), Sudanese Model (1)
My tags:

matt voted for an image 5 months, 3 weeks ago

william maxey 83 voted for an image 10 months, 1 week ago

william maxey 83 added this to a list 11 months, 1 week ago
People...The Bald and the beautiful (28 person items)

siouxsiesway voted for 3 images 12 months ago

psow voted for an image 1 year, 11 months ago

userwendy posted a image 2 years ago

rawsiouxsie voted for 70 images [View All] 2 years, 7 months ago

QUESTMAKER posted a video 3 years ago 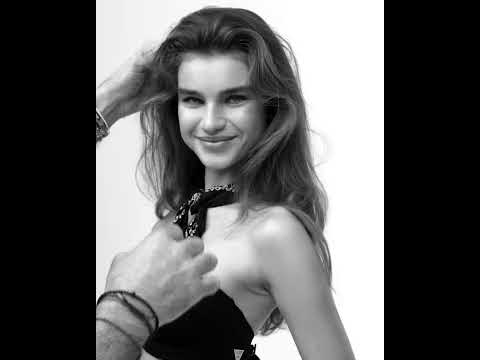 BEHIND THE SCENES OF V'S 2020 CALENDAR

QUESTMAKER posted a image 3 years ago

PulpRoman voted for an image 3 years, 2 months ago

angelgallery added this to a list 3 years, 9 months ago
African Models (84 person items) 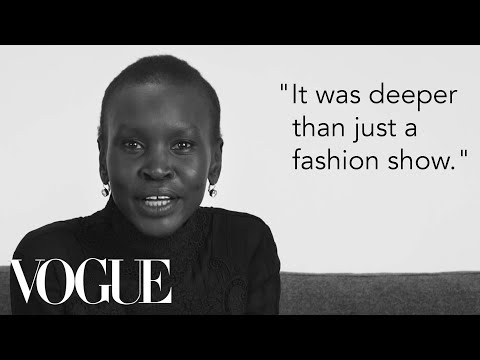 7 Models Open Up About Discrimination and Tokenism | The Models | Vogue