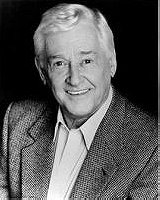 In the early 1960s, Young landed his best-known role, Wilbur Post, in the popular television series Mister Ed (1958), which ran for 5 years. Since then, Young has made a number of television and film appearances but is known primarily for his voice characterizations in cartoons, especially as Scrooge McDuck in DuckTales (1987).

3. Mickey's Magical Christmas: Snowed in at the House of Mouse

3. Mickey's Magical Christmas: Snowed in at the House of Mouse

Agent Kermit D. Fonz added this to a list 7 months, 3 weeks ago
Gone, but not forgotten (1619 person items)

darthjoker12 added this to a list 4 years, 12 months ago