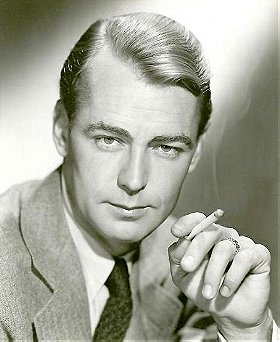 After first becoming a star with his performance as a hitman with a conscience in This Gun for Hire (1942), he became most famous for his starring role as a gunfighter in the classic 1953 western Shane. Ladd also made Quigley's Top 10 Stars of the Year List 3 times, 1947, 1953 and 1954. In 1954 he starred along side Peter Cushing and Patrick Troughton in The Black Knight. He was sometimes listed as Allan Ladd in credits.

Campagnola posted a image 1 month ago

Kandi voted for an image 11 months ago

samira added this to a list 3 years, 7 months ago

WiscMisc voted for an image 4 years, 5 months ago