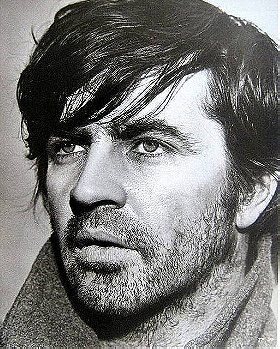 Born in Allestree, Derby, Bates was the eldest of three brothers: his two brothers are artists, his father was a fine cellist, and his mother a pianist who had studied in Paris. His father supported the family by working in the insurance business. His parents early encouraged him to pursue music; but by age 11, he already had determined his life's course as an actor, and so they sent him for dramatic coaching instead. He earned a scholarship to the Royal Academy of Dramatic Art in London, where he studied before leaving to join the Royal Air Force.

He was married to the actress Victoria Ward from 1970 until her death of a suspected heart attack (following a wasting disease) in 1992. They had twin sons born in 1971, the actors Benedick Bates and Tristan Bates, who died of an asthma attack in 1990 at the age of 19 in Tokyo where he had a modeling job.

jazzybop voted for 11 images [View All] 4 years, 2 months ago

Linda Richter added this to a list 4 years, 5 months ago
My Favourite European Actors (203 person items)

milica added this to a list 5 years, 9 months ago
My Favorite Actors (309 person items)