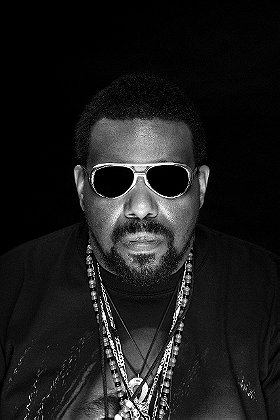 6 votes
Controversy follow them wherever they go or say (39 items)
list by omnivorousrex
Published 1 year, 5 months ago
View all Afrika Bambaataa lists

Bambaataa was a founding member of the Bronx River Projects-area street gang, The Savage Seven. Due to the explosive growth of the gang, it later became known as the Black Spades, and he rose to the position of Division Leader. After a life-changing visit to Africa, he changed his name to Afrika Bambaataa Aasim, adopting the name of the Zulu chief Bhambatha, who led an armed rebellion against unfair economic practices in early 20th century South Africa that can be seen as a precursor to the anti-Apartheid movement. Bambaataa was influenced by the courage and strategic brilliance of Shaka Zulu seen in the movie and TV series "Shaka Zulu". ... (more) (less)
My tags:

4. The Work of Director Chris Cunningham

2. Soundbreaking: Stories from the Cutting Edge of Recorded Music (2016)

Onion Jack added this to a list 8 months ago

omnivorousrex added this to a list 1 year, 5 months ago
Controversy follow them wherever they go or say (39 products items)