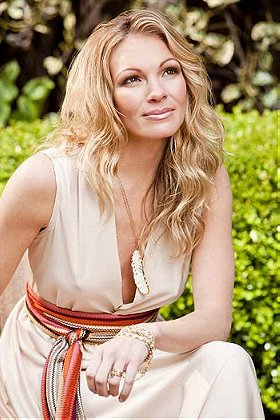 57 votes
I Was On An Episode of Star Trek:Enterprise (20 items)
list by TrekMedic
Published 9 years, 10 months ago

Brammell has had recurring roles on Six Feet Under, The Shield, Push, Nevada, and Star Trek: Enterprise. More recently, she was seen in The Unit as 'Tiffy Gerhardt', a housewife who was having an affair with her husband's commanding officer when her husband was on assignment and at one time was physically abused. She later almost had an affair with a lawyer she was doing community service for which would go into affecting her decision to leave during the show's 2nd season finale. She will also be in an episode of NCIS in season 8.

Brammell received good reviews for her performance in North American premier of Christopher Hampton's play, "The Talking Cure," at the Mark Taper Forum in Los Angeles. In addition, she recently guest starred on Medium, The Mentalist, Lie to Me, Criminal Minds, and Castle.

SomeBloke voted for an image 8 months, 1 week ago

Darknight voted for an image 1 year, 1 month ago

logymw added this to a list 2 years, 10 months ago
Gorgeous Actresses (1471 person items)

django123 voted for an image 3 years, 8 months ago

northernhokie voted for 17 images [View All] 3 years, 8 months ago

cekadidas voted for 17 images [View All] 5 years, 4 months ago

coffee-boy voted for an image 5 years, 8 months ago