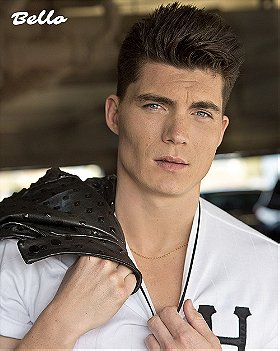 1 vote
View all Zane Holtz pictures
Zane was born in Vancouver, British Columbia, Canada, where he began modeling at 5 years of age. He shot one of his first commercials on his 10th birthday. He relocated to California, in 1999, with his mom, Laura Mary Clarke and his three younger brothers; Beau, Harrison and Mackenzie Holtz. Zane continues to thrive in his career and has been seen in principal roles, both in Television and Film.
Tags: Male Model (2), Canadian (1), Model (1), Actor (1), Born 1987 (1), Born In 1987 (1)
My tags:

Laurence3 voted for 4 images 6 months ago

Laurence3 voted for 6 images [View All] 4 years, 4 months ago

concatenation added this to a list 5 years, 4 months ago
Good Faces//Man (342 person items)