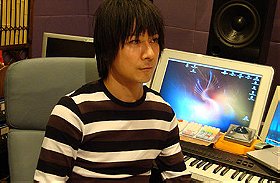 Despite his job title as a composer, Mitsuda worked as a sound engineer for two years. In 1994, after threatening to quit to Square's vice president, Hironobu Sakaguchi, he was assigned to compose the soundtrack to Chrono Trigger. After the game's success and the music's acclaim, he went on to compose several other games for Square, including Xenogears. In 1998, Mitsuda left Square to work as a freelance composer, founding his own music production studio, Procyon Studio, in 2001 as well as his own record label, Sleigh Bells. The company has since expanded to six employees, and Mitsuda continues to compose for video games, as well as for anime series and his own independent albums. ... (more) (less)
Tags: Japanese (1), Composer (1), Video Game Composer (1)
My tags: