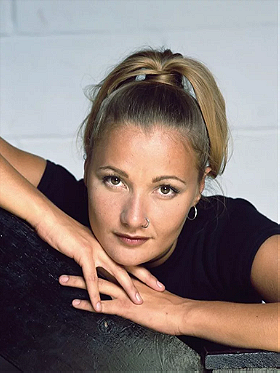 However the only place where she has yet to achieve success, and has eluded her since, is the United States (Even though she placed both “Saturday Night” and “Another Day” on the Billboard Hot Dance Music/Club Play chart in 1995, with “Night” peaking at #19 and “Day” coming in at #21, respectively).

Later singles include “Think of You”, “Close To You”, “Last Christmas”, “Gimme Gimme” and “Sexy Eyes”.

Last Whigfield’s album was “All In One” In which all the songs were chosen by the fans.
All tracks have been re-sung, re-mixed, and re-edited.
The album features two bonus tracks that have never been recorded by Whigfield before, “right in the night - cover” and a completely new whigfield song “Rainbow”.

At the moment Whigfield is recording new album. This album will be produced by Pochill, while Whigfield has released new single No Doubt. ... (more) (less)
My tags:

Onion Jack added this to a list 6 days, 12 hours ago