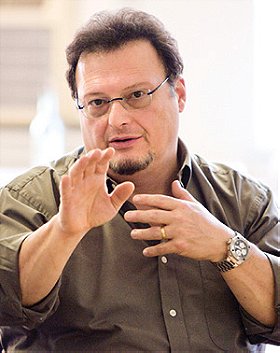 Wayne Knight was born on August 7, 1955 in Cartersville, Georgia, where he was raised and lived until matriculating at the University of Georgia. Despite being an honor student, Knight left university before taking a degree to join the Barter Theatre company in Abingdon, Virginia, one of the premier regional theaters in the country. Knight polished his craft at the as part of the repertory company, which gained him his Equity union card. Now a professional actor, Knight moved to New York City, where he made his Broadway debut by replacing Jonathan Hadary in Albert Innaurato's award winning play "Gemini" at the Circle Rep. Since then he has established himself as a leading character actor in television, film and on the stage, and as a voice-artist in cartoons. ... (more) (less)
Tags: American (4), Seinfeld (3), Voice Actor (2), Born 1955 (2), Actor (2), Male (2), Comedian (2), Quirky (1), Claps Like Somebody On The Spectrum (1), Hollywood Liberal (1), Nedry (1), Space Jam (1), Hello Newman (1), Born August 7 (1), Born In New York City (1), August 7 (1), Born In August (1), 3rd Rock From The Sun (1), Distinct Voice (1), Born In New York (1)
My tags:

1. Back to the Outback

Oliver voted for an image 5 years, 10 months ago