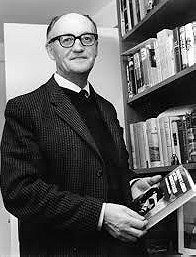 Walter Macken was originally an actor, principally with the Taibhdhearc (where he met his wife, Peggy) in Galway, and The Abbey Theatre in Dublin. He also played lead roles on Broadway in M. J. Molloy's The King of Friday's Men and his own play Home Is the Hero. The success of his third book, Rain on the Wind, (winner of the Literary Guild award in the USA) enabled him to focus his energies on writing. He also acted in films, notably in Arthur Dreifuss' adaptation of Brendan Behan's The Quare Fellow. He is perhaps best known for his trilogy of Irish historical novels Seek the Fair Land, The Silent People and The Scorching Wind.

His son Ultan Macken is a well-known journalist in the print and broadcast media of Ireland, and wrote a biography of his father, 'Walter Macken: Dreams on Paper'. ... (more) (less)
Tags: Writer (1), Irish (1), Actor (1)
My tags:

1. City of the Tribes

1. City of the Tribes

irishblue added this to a list 6 years, 1 month ago
My Favourite Authors (19 person items)

irishblue added this to a list 6 years, 10 months ago
Irish Writers (24 person items)