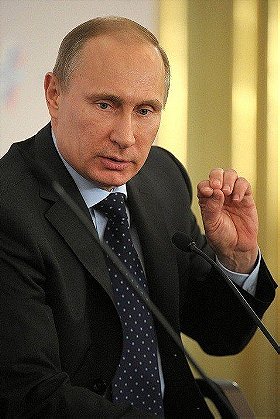 Putin worked as a KGB foreign intelligence officer for 16 years, rising to the rank of lieutenant colonel (podpolkovnik), before resigning in 1991 to begin a political career in Saint Petersburg. He moved to Moscow in 1996 to join the administration of president Boris Yeltsin. He briefly served as director of the Federal Security Service (FSB) and secretary of the Security Council, before being appointed as prime minister in August 1999. After the resignation of Yeltsin, Putin became acting president and, less than four months later, was elected outright to his first term as president. He was reelected in 2004. As he was constitutionally limited to two consecutive terms as president at the time, Putin served as prime minister again from 2008 to 2012 under Dmitry Medvedev. He returned to the presidency in 2012 in an election marred by allegations of fraud and protests and was reelected in 2018. In April 2021, following a referendum, he signed into law constitutional amendments including one that would allow him to run for reelection twice more, potentially extending his presidency to 2036.

During Putin's first tenure as president, the Russian economy grew on average by seven percent per year, following economic reforms and a fivefold increase in the price of oil and gas. Putin also led Russia during a war against Chechen separatists, reestablishing federal control of the region. As prime minister under Medvedev, he oversaw a war against Georgia as well as military and police reform. During his third term as president, Russia annexed Crimea and sponsored a war in eastern Ukraine with several military incursions made, resulting in international sanctions and a financial crisis in Russia. He also ordered a military intervention in Syria against rebel and jihadist groups. During his fourth term as president, he presided over a military buildup on the border of Ukraine, and in February 2022, launched a large-scale invasion, leading to international condemnation and expanded sanctions. The International Criminal Court opened an investigation into war crimes in Ukraine. In September 2022, Putin announced a partial mobilisation and officially approved the forcible annexation of four Ukrainian oblasts into Russia, an act which is illegal under international law.

5. To Russia with Love
View all Vladimir Putin TV (19 more)

choeurdelarmeerouge voted for an image 3 months, 3 weeks ago

PaixEnUkraine voted for 20 images [View All] 5 months, 3 weeks ago

Ukraine Amie Russie voted for an image 6 months, 1 week ago

chaoalexxx voted for an image 3 years, 4 months ago

Gulielmus posted a comment on this image 6 years, 2 months ago

"I love this picture so much. "