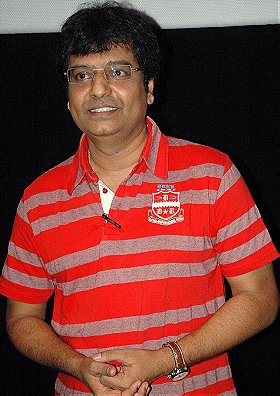 View all Vivek pictures
Vivekh is an Indian film actor, comedian, television personality and Social Activist working in the Tamil film industry. Introduced in films by director K. Balachander, he has won three Filmfare Best Comedian Awards for his performances in Run (2002), Saamy (2003) and Perazhagan (2004). In 2009, Vivekh received the Padma Shri award by the Government of India for his contribution to the arts. As a television personality, Vivekh has hosted a number of events and has interviewed media personalities, notably A. P. J. Abdul Kalam, A. R. Rahman, and Rajinikanth.
Tags: Indian (1), Comedian (1), Male (1), Actor (1), Born 1961 (1), Died 2021 (1)
My tags: