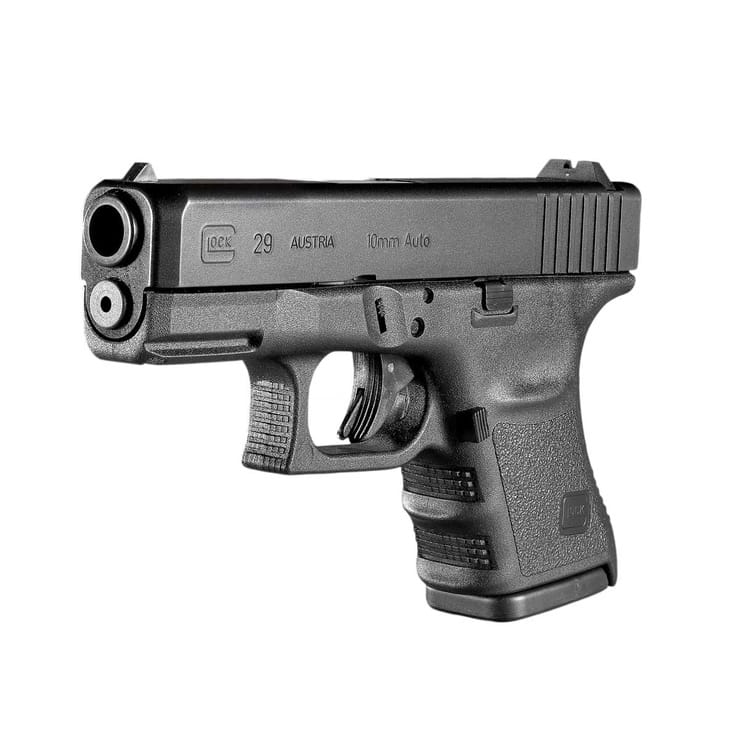 My present primary sidearm, on and off duty. A bit snappy but it's built for big boys.

Some history follows, as I know the 10mm is not that popular:

Although it was selected for service by the Federal Bureau of Investigation in 1989 from the aftermath of the 1986 F.B.I. Miami Shootout, the cartridge was later decommissioned (except by the Hostage Rescue Team and Special Weapons and Tactics Teams) after their Firearms Training Unit eventually concluded that its recoil was excessive in terms of training for average agent/police officer competency of use and qualification,[10] and that the pistols chambered for the caliber were too large for some small-handed individuals. These issues led to the creation and following replacement to a shorter version of the 10mm that exists today as the .40 Smith & Wesson. The 10mm never attained the mainstream success of this compact variant, but there is still an enthusiastic group of supporters who often refer to the .40 S&W as the ".40 Short & Weak".[11]

DISNEY WORLD by I am M

My cartoon collection by Meganfan