vote
Skrapari can be denominated the area of superb canyons, with two big ones, both of them declared nature monuments. Osumi Canyon, the biggest of the country is often called as the Colorado of Albania. It is located in the Çorovodë – Hambull, segment of the Osumi valley, 13 km long, 4-35 m wide and 70-80 m deep. At the base of vertical slopes, Osumi flows playful, vaunting its own creation. While inside the canyoun one gets astonished not only from the surprising beauty but few strange impressions created as well - pieces of sky, mixed with those of grey limestone rocks and green vegetation, get mirrored at the multiple river basins. It results in a mixture of colors and inverted forms, that with its fluidity, disorientate and dive you, within another unreal world, from which one doesn't want to escape.

And this is not the only wonder of this canyon - few waterfalls show up, in some segments, and spectacular rainbows get mirrored in the water, especially on sunny days. On those cases it is very difficult to put the border between sky and earth, and the impressions follow you even when you leave the canyon, inviting for a back coming.
These attractions on Tour 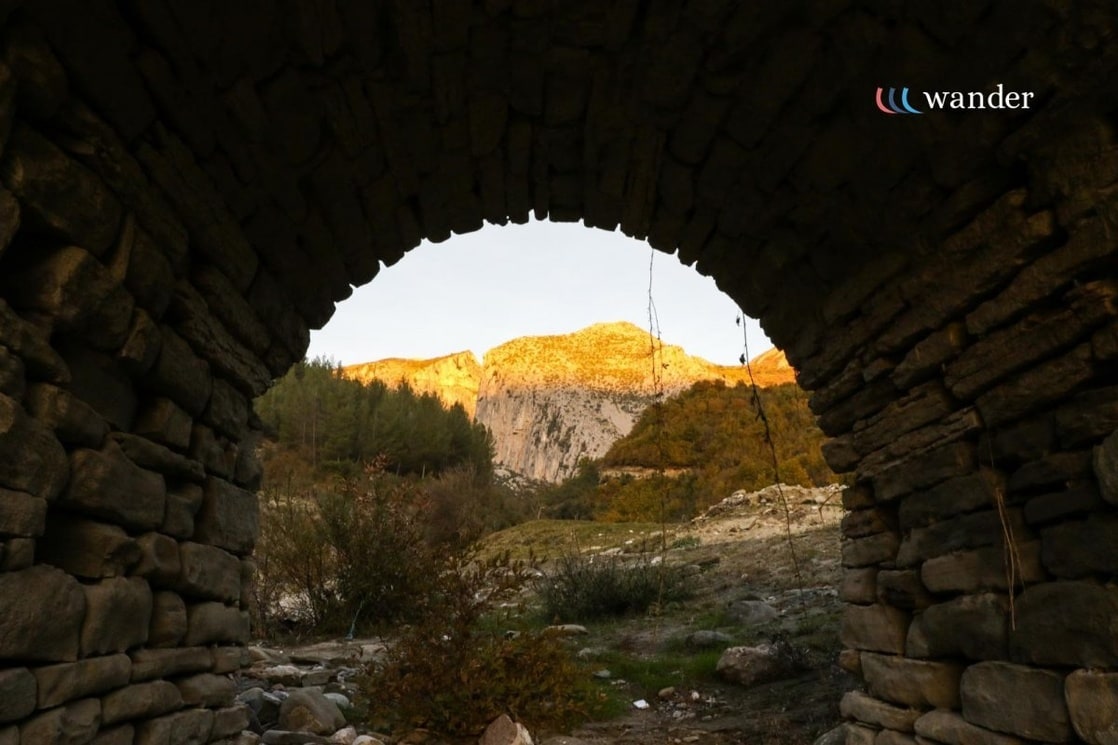