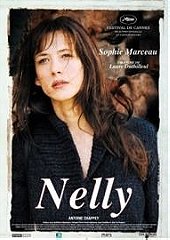 Unusual, meditative examination of the 72 hours following the death of a woman's husband, a small-town physician. A marital quarrel caused Nelly to sleep on the couch, when she returns to the bedroom the next day and finds her husband unresponsive, and within hours she's flooded with responsibilities: what, how, and when to tell her three children, dealing with the calendar of patients expecting to see an undeceased doctor, making funeral arrangements, and the particulars of removing the body chief among them. Sudden grief affects people in very different ways. Coping with such a tidal wave of unexpected burdens would challenge anyone, and this movie follows how this particular person reacts to them.

There are no judgments made and seldom any explanation, the viewer has to be willing to enter the characters' world to get anything out of the experience because you won't be told how you should feel. There are some brief, unexpected moments which made me laugh (tripping over the phone cord, breaking the window) but wasn't quite sure if they should, at least until a scene near the end which confirmed the gallows humor when the coffin is discovered to be built too large to fit into a furnace for cremation. Sophie Marceau is superb as Nelly who initially tries to accommodate everyone while getting pushed to breaking point. Her performance allowed me to empathize with her actions and reactions with some level of understanding, the exception when she wades into the river, I didn't believe she would've put her children through those consequences. We also get their innocent interpretations of death, as well as her brother-in-law, her sister, and other close family and friends, each with their own perspective.

Pretty apparent that 'À ce soir' is not for everyone, and even serious filmgoers will want to be in a certain frame of mind before watching it - if you can even find it, a hard film to track down. Equally rare is a film containing an intense level of emotion that does not try to manipulate the audience's, which I really appreciated. Your reaction is your genuine own, not what someone wanted you to feel.