The Vicar of Dibley review
272 Views
0

Neither love it nor hate it. 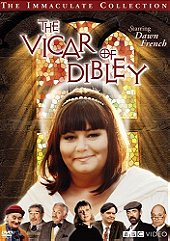 Vicar of Dibley is a very standard sit-com. It's sometimes funny but mostly it's not..mostly it just uses silly catchphrases and the same repetitive jokes from the same 'wackey' characters. Alice will say something dumb, Jim will say 'no no no' for half an hour....once you've seen one episode, you've seen them all.

This show deserves a 5/10 because it is exactly in the middle, it's not bad enough to avoid, but not good enough to like.

If you've got half an hour spare, spend it watching Father Ted, Catholics are much funnier than C of E.