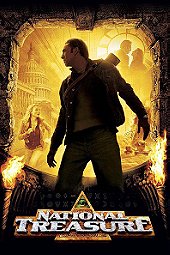 What utter drivel! The DVDs should be collected and thrown into the sea. My time could have been better spent putting needles in my eyes.

This movie has the most far fetched and ridiculous plot ever concocted. The Cage/Kruger love interest is tenious at best and the psuedo science/theology spewed by Nic Cage is laughable. Sean Bean is the only notable addition to this film, in which Bean somehow avoids being dragged down by the raging black hole that is Nicolas Cage.

I only watched the entire film in the vain hope that the ending would be interesting..I was dissapointed. Like a 5mph Roller Coaster, this film is pointless and nothing like it promises to be. A poor man's DaVinci Code.