Remember us, because we too have lived, loved and 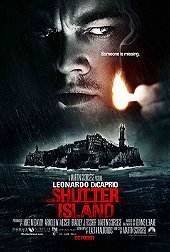 "Remember us, because we too have lived, loved and laughed."

This title can be placed on the door of each house of the planet Earth and what?

At least one word of this inscription is to attend a lie.

Surprise will be for the majority, the word "loved".

Who can say that he knows everything about the word "Love", that will be a liar, because of Love, in fact, none of the people living on Earth today do not know anything, Koroma counterfeit labels that people themselves stuck on the mystery called Love.

Fake sticker with the word "Love" will mean an error of perception of love, which inevitably leads to an error translating the human understanding of love in life and this is confirmed by the existence of everyone today and yesterday, and, unfortunately, tomorrow, because the world has not stopped the war between men and war inside of every person in the world of thieves under this sun and sky.

The film "The Island of the Damned" is another story just one episode of one of the human soul from all billions of human lives, mutilated false understanding and perception of the word love.

I am sorry that no one write a review for this film to me and even the director of the film, the famous Hollywood dreamer, Martin Scorsese, even he is not stressed out the last monologue by Andrew at this very beautiful mystery of the universe, called "Love" so that the audience really pondered, and realized the source of the truth of the tragedy of the human soul, not knowing the reasons for their own troubles and problems just because humanity today has done everything to distort, humiliate and desecrate the very concept of love.

Again, no one wrote a review about this movie, not even close to his perception to the understanding of Andrew's last words that they say these words awakened in the heart of the Marshal of the first drops of love that led him to the last moments of the film lie Lester Shin, continuing, now, deliberately, to play the role of Edward Daniels, but is now conscious and in the punishment itself, resulting in the execution of the decision of the Court's own conscience over himself before the eyes of the medical and prison administration, taking as his second script, Andrew Leddisa lobotomy, which he personally invited, immediately, to execution.

Only a single shadow speculation that Andrew himself appointed himself informed of the sentence for Marshal Daniels, dashed like lightning in a gesture of silent testimony from his doctor, played superbly this micro-plot of understanding of the situation created by just a newborn love for life and people from the parties realize a murderer and a dangerous man to society this Leddisom Andrew.

I think that the beauty and genius of this movie climax seconds before the end did not realize the director himself.

I wish you all think about what I said, right here and now, because of the value perception of a new look at the movie "The Island of the Damned" and is in the beauty of the latest revelations about the madness of our modern world, do not know love.

So, my friends, in our real life better, to live monsters blunt modernizing political economy of selfishness or known the dying moments of truth, love of man apostolic of altruism?

That is the question today of the current crisis of power inside, of ourselves, and foreign authorities, where there was all of us building "C" on a global scale, on an island called Earth, without borders and colors of the flags?

Yes, this is revealed in full growth now the issue before the conscience of every living now, in the early 21 century, by Christmas of Love.