What is your Deepest Fear? 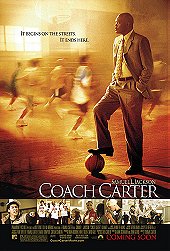 Human - an amazing creature. Nature, he has the ability to love, to suffer mentally, to think ... In fact, it's those inner qualities that distinguish an individual as an independent individual, distinguished it from the animal. But despite its ability to attain the highest mental acts and manifestations of generalized feelings, each one of us sometimes, signs of animal nature, which, as it turned out, was not completely lost during evolution. In addition to the weakest, simple behavioral responses and motor acts called instincts of animals and humans have got such a phenomenon as fear.

This is not about global terror which is not ashamed to admit it to others. And not even about the individual problems that beset the person depending on the level of his psychological stability: whether it's fear of the dark, closed spaces, loneliness or something else. The point here is quite another - in the inner fear, which admit even to himself is terribly difficult, because of the irreversibility of the consequences of this action. We keep this fear in the deepest corners of the soul in the hope that by doing so they buried, and the cause of fear, but how embarrassing thrown a boomerang, comes back again and again to impress us in the heart and the wound even deeper.

Panic fear of his own existence at a certain stage of life leaves a significant imprint on the future of the individual. Particularly clearly seen in the teens, when combined with the knowledge of complete independence in decision-making, comes the fear of a fatal error. The man asks himself many questions, among which the most frequently appears "as if I should not have done that did just that and not another?" Correctly chose the direction of its future work, and I was not wrong in choosing a future profession? Is my world? Is the outlook on life, on relationships with other people? Is it right to reject the help of relatives and loved ones? Is constantly asking myself all these damn questions? ..

This stage of total doubt gradually passes, but behind it inevitably comes next - "panic phase of misunderstanding. And here are already on a completely different type of thinking - "but what can I do if I am wrong? "Surely now I will destroy their future, so really not begun to live? Why everything is so complicated? Why me? What did I do that now so much suffering.

Nagging pessimism in the spirit of "no choice" suggests itself. This is not surprising - teen psyche is very vulnerable during puberty. The main problem is how you can help people not just desperate in itself, but a man who still is afraid of himself.

At first glance, the situation may seem quite hopeless. However, if this is certainly a complex life of identity formation, there are a such a loyal assistant as coach Carter, who not only gets to you best friend, but he knows the answers to all questions of concern, the problem solved itself. Even if you see a complete loser not worthy of respect, he sees you are a man caught in their own views. If you believe that an impasse - he points out the right way. If you have any conflicts with others - it helps to find understanding. If you do not see the point in its existence - he'll kick this nonsense out of your head. It is not just a new coach, who came to teach basketball. He - the teacher who will lead you by the hand of school life.

The film is based on real events that occurred in the small town of Richmond, California. Coach Carter - inspired prototype of controversial basketball coach Ken Carter, who received both praise and harsh criticism after being hit in the news program on national television, for its system of training undefeated team on the principle of "indoor gym, with a total academic failure of team members . He came in the middle of the season, when Richmond "Oilers" dangling in the wake of the championship and set a task to bring the team to the top line.

From the first day of training, Ken Carter made it clear the guys was not going to joke with them and established a strict regime within the sports community. But the innovation does not end with - each player has signed with the coach's first viable contract in which it promised to have an average rating of achievement enough for college. By this gesture coach wanted to show that puts the school in the first place, and basketball devotes much less significant role in the life of the children. All is good, but I have only this decision led to a chain of scandals and threats to the head coach, despite the fact that the team demonstrated a high level of play and showed successful results in excess of ...

Well, it would seem - sports drama. What new can we expect from films of this genre? What we have already seen them and the same time convinced that they all look alike as two drops of water: if it's football, the main character always amazes gate opponent hit a pair of scissors by themselves; baseball - Be prepared to see a gorgeous shot bat verified beyond two-tiered stadium, rugby - in the final ball is a ribbon after a complicated dvuhhodovki performed by the player loses the team, basketball - three-pointers shoot incredible accuracy - and you are the winner is ... The list goes on, but annoying, is not it? Sometimes it seems that the parsimony of the storyline of these projects is killing all the intrigue of the painting. After several hits, such a pattern starts pretty annoying with all my heart and want to at least somewhere to stumble upon her absence. So, in this film it and not see.

"Coach Carter" deftly away from the stereotypical perception of the genre, thus emphasizing its dualism: on the one hand we have a picture of a pronounced sporting intent, but at the same time, more and more notice of her elements of a psychological drama in which the basketball is not in favor the main theme of the narrative, but only a beautiful backdrop. Here, in the first place, the slope is not on achieving the goals the team sports, but attempts to map each of its participants to find their place in life. They were like before live day by day, doing at school and on the court, communicating with friends and family, attending parties and discos, but now increasingly faced with challenges and difficulties of adult life. There is first a need and the first disappointment, the first argument and the first pain, which in general, and generate the same fear, the existence of which are afraid to admit.

Not even young boys, driven by this fear, sometimes commit the most stupid actions that lead them either to jail or the grave. At the same time, rejecting any assistance from relatives of people with absolute certainty they are going to be a risk with a bullet in his forehead after the next street skirmish, or live their lives in poverty, instead of seriously thinking about your education. Beyond paradoxical, but, unfortunately, true. And so it was here that shows all the importance and value of who man is able to become to others. He is not just the thought forms and further outlook, but also sends the right direction, eliminating the difficulties and troubles, giving with the hope and life purpose. Neither more nor less, but that this is the determining factor in human development.

More about what I would like to talk, so this is, of course, about the sport. Despite the fact that "Coach Carter" is under a very strong psychological basis, it does not prevent him to please the audience very well supplied equipment for basketball matches. Luggage successfully followed every movement of players, giving the picture at high speed. This creates the effect of full presence at the match. At some time you can even forget that film look, and not a regular sports highlights, so good shows these minute insertion. Basketball and the daily lives of the characters are interwoven in the movie like two thin threads, thus forming a bundle fate of each character individually. This is not a clever technique film gathers a wide audience - fans of sports will find a decent set game of confrontation, but what the average viewer plenty to enjoy a wonderful storyline.

Casting for the project was more than successful. Sam Jackson is currently played probably his best role in his career. With subtle facial expressions, gestures and calibrated skilfully high professional skills, he created a unique image of an ambitious, strong and at the same time, vulnerability sports coach, who, despite the fact that he always does good work, certainly faces a lack of understanding by others . Putting derailed his name and reputation, he helps the boys find themselves in this complex world, for what ever gets their loyalty and trust. At first glance it may seem that Jackson's on the screen too much. But in fact, to reveal his full presonages the audience, time period perfectly verified, in fact the hero of Sam and serves a key figure in the narrative. It determines further action guys.

Pleased and youth groups: Channing Tatum, Robert Richard, Rick Gonzales, Ashanti, Rob Brown ... Many people had written these actors in the new one wave of "American cinema. Over the shoulder of each of them had already accumulated considerable list of works, and enchanting debut last of the company's film, Van Sant's "Find Forrester" can lay claim to being one of the most successful launches in the history of modern cinema. It is very pleasant to observe the process of becoming future stars, because soon they may begin to sparkle like precious jewels, dazzling spectators brilliance of his game, but we can feel confident to say that once witnessed during their ascent ...

In summary, I want to emphasize the importance of the film not only in the cinematography, but the fact how much impact it can have on the viewer. "Coach Carter" makes digging in itself, is pushing for a bold decision to properly meet the inner fear, to understand its essence. What we fear most? His inconsistency or its excessive force? We are scared our brilliance or our darkness? Being a small and modest is not the most noble role, agree. Nullity of anyone not satisfied even if it is comfortable around. We want blestat and flash, not just some of us, but everything and everyone. And we learn to live, we unconsciously prompted by others. When we ourselves are freed from their fears - we automatically liberates others ... So, watch this wonderful movie and free themselves from inner fear, give him a worthy rebuff. And, I guarantee you will not regret the time spent.