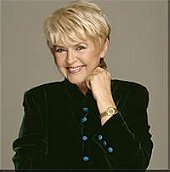 Sunday mornings would not be the same without this eclectic show. Hindus, Taoists, Pagans, Zoroastrians, Jainists, Mormons, Sikhs... Every faith, religion and spiritual path gets a look in, and the show's format is a colourful magazine of news, interviews, arts/culture and live music. Best bits for me are the live and often heated panel debates usually with three or four guests - experts and prominent religious figures who change from week to week. The subjects under discussion are as varied as the world’s religions, but the focus is generally on headlines or the big religious issues of the moment. The debates run in small nuggets throughout the show and Gloria Hunniford does a smart job of controlling the panelists – their views can be quite tough and sometimes alarming, and viewers can chip by supplying their own contributions via email which Gloria reads out. Am not religious but love this show because of its variety and passion.