An Exercise in Perseverance 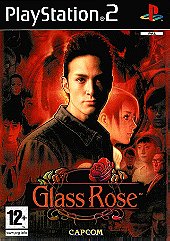 The 2003 Cing/Capcom release Glass Rose for the PS2 is, by all outward appearances, exactly the kind of game I would trip over in a mad dash to play. It is a murder-mystery, clue-based point-and-click that takes place at the height of the 1920s, the beginning of Japan's Showa Period and a time in history that I'm personally interested in. Not only this, but I understood before going into Glass Rose that it made heavy use of a unique kind of dialog system. And dialog, in my mind, is the perfect platform for character development. So, basically, I was really going into this game with high hopes.

I would be flat-out lying if I said this game met my expectations. In fact, it was a big disappointment. But I'd be just as wrong to say it was a terrible game. It would be unfair to say "Glass Rose sucked because I didn't like it." Well, I didn't like it. But I will tell you what this game did great and what it did so shittily it made me want to cry.

First, let's talk about the game's appearance. Glass Rose is graphically very beautiful. The entire game is played in one large mansion and, despite the obvious monotony built into a one-environment game, it is visually eye-pleasing. Something about the game's lighting was very soft and dreamy. There are details galore and just about anything can be clicked on for a brief description by the main character. So on this note, Glass Rose gets a big thumbs up.

Speaking of notes, the music was also something I can't complain about. Like the visuals, the soundtrack seemed to sweep me away at times into a sleepy state of mind. It was just so mellow and basic. I'm not a music guy, but I can say that the visual and audio aspects of the game were in perfect agreement.

What didn't agree with this carefully and artfully built mood of the game was the plot itself. So, let's talk about that for a paragraph. To begin with, you play as Takashi Kagetani from modern times (the 2000's) who is introduced to an old serial murder case from the 1920s by his friend Emi Katagiri. They visit the site of these murders, the derelict Yoshinodou Mansion, and (somehow) accidentally time-slip back to the time of the murders. Takashi and Emi are now in the 1920s but in separate dimensions (?). It's up to Takashi (who, by the way, was modeled by the J-POP star Masahiro Matsuoka ((who, by the way, was in Godzilla: Final Wars))) to collect shining fragments of Emi's heart about the mansion so that, together, they can return to our time. In the process, he must also solve the serial murder case. The only thing is, for some strange reason, everyone thinks that Takashi Kagetani is someone named Kazuya Nanase. And the plot just keeps on thickening until it is basically gravy. 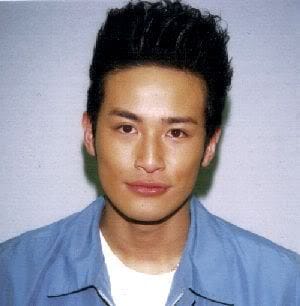 Hey guys, sup?
So far, it sounds a little wacky but not that bad, right? Here's where the game falls to pieces. As Kazuya, you get to explore the mansion and speak with all the NPCs (there's something like two dozen of them), picking up clues from your conversations with them. Virtually every interaction you have with them takes place via the game's Free Word System. Here's how it "works": your investigations lead you to a conversation with an NPC, some spoken dialog occurs followed by a pause in the conversation and a dialog pop-up box with most of what that character just said. You are now given the opportunity to highlight words or phrases to guide the next part of the conversation. The conversation itself can branch and you can view the "branching flow chart" during this dialog mode at any time to see how much of the conversation you have cleared. In theory, that doesn't sound bad. In practice, though, it is horrible. You are expected to highlight exact specific words, letters, or phrases to get any response from the NPC's. Even if you accidentally select a space character (yes, a space character) along with the word that needs to be selected, your conversation partner will look at you dumbly and say something like "Derr, I don't have anything to say to that, Kazuya..." This fault of the game wouldn't be so glaring if you didn't spend 90% of your time in the conversations.

Okay, let's say you're going to use a FAQ (there's a great one up on gamefaqs) or let's say you have the patience of a saint and are willing to explore every gritty aspect of every conversation with every NPC in a game. Let's say that. You'd still hate it, because the fucking NPCs don't say anything useful to begin with! But you have to talk to them. There's no way around it. Not only that, but half of your conversations with them will be nothing more than repetition, as in the following illustrative example:
"Tell me about your sister."
"My sister?"
"Yes, your sister. Tell me about her."
"Kanae is my sister."
That's right. There is 16-20 hours of that. Granted, this kind of listener-oriented dialog is very characteristic of the Japanese language. We have a little bit in English, too. But the direct translation into English just didn't work. It's a game built on this "free word system" so the translation was obviously going to be a tricky issue to begin with.

Well, what about the mystery? I just wasn't impressed. Maybe if the game had been condensed to 8 hours and the "free word system" had been way more intuitive and forgiving, I would've enjoyed the story more. There are four endings, depending on how many random tasks you manage to accidentally do, but I could not bring myself to do any more than just one ending. You do get to save whenever you want, so at least you have that.

The company that made this game, Cing, later went on to put out some pretty dang good games on the Nintendo DS, including Hotel Dusk and Another Code. But Glass Rose was their first game and it was totally a chore to play. It had all the elements of a game that should work, but it didn't. Even though I didn't enjoy this game at all, there are things that were done very well. The concept of the game is solid. The graphics and music were just fine. But the story got really soapy toward the end, and, even if you like that kind of thing, everything was still warped by the monotony of the environment and the horrible "free word system." I wish I could say I loved this game, or even liked it, but I can't.