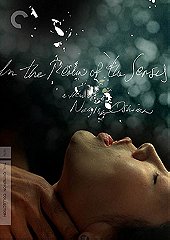 First of all, who are we kidding? The main reason either of us would watch this flick is above all because of its infamous reputation surrounded by controversy. Since I have always been interested in experimental movies, especially the ones pushing the envelop, I definitely wanted to check it out and I thought it was pretty good but it is definitely an acquired taste. Basically, it is an Art house picture with some non-simulated sex-scenes and, apparently, the very first non-pornographic film to feature scenes of fellatio and even an erect penis. Knowing this fact, most people would drop the whole thing and I don’t think it is something you should watch with your fresh new girlfriend but I think that the concept was actually interesting. Indeed, why should a sex movie be ugly as hell, with some terrible actors and an inane plot? A few mainstream directors were attracted by this concept at some point and there were even rumors that Stanley Kubrick wanted to make an Artsy porn flick. On the other hand, you could argue that there is no real point of having some real sex in a movie and simulated sex works just as fine. Anyway, what about the movie itself? It is definitely a bold affair. I mean, it is not only about sex, it is also about love, domination, submission, madness and many other things. Like I said, I thought it was pretty good, I especially enjoyed the directing but, to be honest, the whole thing was not really pleasant to watch and, at the end of the day, it is an intriguing experiment but not much more than that, I’m afraid. To conclude, I’m not sure if I should recommend it, I mean, it all depends if you are interested in that kind of stuff but if you are into weird experimental movies and you are not too skirmish about sex, you should definitely check it out.