Could have been better 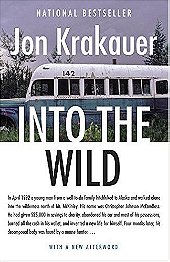 I felt that the story could have been laid out better, it was an interesting subject and I liked Krakauer's Under The Banner of Heaven. Into the Wild seemed to jump around, which made it hard to follow and it dragged in other spots which made me want to skim through. Krakauer mentions that he had originally done a magazine article on the story that drew a lot of response and his own interest to investigate further and I felt like that's what this book was, an over inflated magazine article.