So Much Potential But Misused 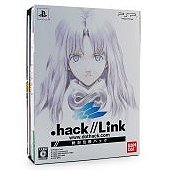 The .hack series is kind of like a slice of cheesecake, the type that keeps me in it’s spell even after I finished the piece. You just want that experience again and again. The series really nailed the concept of playing a MMO within a game being realistic in having aspects that makes a MMO like a forums to visit, email, quests to take, and teaming up to beat monsters. The stories are done well in the mysterious aspect of finding out the key aspects of “The World” with characters you care about and learn about them. Music wise, this series always has a rather odd aura to it that adds to the obsession that is .hack. While the gameplay may have it’s questionable aspects to it but it remains at least fun and adds to the experience. However some aspects in any movies, books, and games may be done well while other aspects just suck to the point of not caring. That’s this game, it would've been good, but it really suffers on one aspect that made me felt sick of it. The currently Japan only title .hack//link.

The plot revolves on Tokio a gamer who has an odd dream since he was a kid of saving a princess and her words as the dream end. He wanted to get the new version of “The World” but he didn't get a pass needed for it. At class there is a new student named Saika who happens to look like the princess in his dream. Saika who takes Tokio to the roof than with a black disc, she spends him into “The World”. Tokio lands there the worst time possible since a battle is going on between a mysterious hacker named Fluegel from the group Schicksal and Kite from Twilight Knights. Kite than sacrifice himself to save Tokio from the hacker by his gun that transform Kite into crystal like state. Tokio was able to get out and ended up on a ship called the Grand Whale. He see Saika and agrees to help her on getting to the top the Akashic Records, restoring the timeline of past data and it’s members to take down the hacker group Schicksal.

The story turns out surprisingly well while it goes through every sort of .hack event up to this game. It manages to be interesting and fans will be pleased to see all kinds of characters that made it to this game. Tokio I didn't think of much but I like that he grew from the events around him and you really see his growth throughout the game. The past games and anime they cover may be predictable plot wise but it manages to be interesting with different takes of event that doesn't get stale. While they did it well on the story side, but how about the gameplay?

On the dungeon aspect of the gameplay, you simply go through the rooms to the boss room to beat it and getting the bonuses at the end. Like in Phantasy Star Zero, you travel to the end of one room than loads to the next one. At times you partner may ask you to do something, if you agree and it works. Than it increases your bond with that partner and more chances of his/her giving you a item sometimes. In combat each enemy has a bar you have to keep attacking until it breaks for what I call the a juggle beat the crap out of it type system. After getting rid of the enemy's bar, you and your partner go to a phase where you push the enemy up to the air so your partner attacks it. Than the enemy will be send back to you to attack it back to your partner to continue the combo. You do this until the enemy is dead, or good a decent amount of damage to any boss sending it to the wall. As you continue the combos, you gain points by pressing at the correct moment to get some or none. You need these points at max to do a special move called Cross Rengeki. In this you watch you and your partner beat the living crap out of anything while pressing a button at times to increase your bond with each other. While you can’t skip it and have to see it everything. It didn't bother me that much and on the bright side. The controls are at least manageable as in nothing special, but works and it's easy to play despite in Japanese. Despite the positives, the game has one fatal flaw that amazes me.

What is this fatal flaw you may ask? On the battle system I mention where you juggle the crap out of an enemy to damage their HP. That is all you do from the beginning to the very end of this game. You have to do this at every single enemy and boss and the only way to destroy their HP since doing just normal attacks will do very little until you overpowered. You know what else that makes it so much better? The dungeons often repeats itself and it’s really a shame. The .hack always has this potential to have amazing looking areas due to the whole concept of “The World” but it doesn’t dives right into it’s own potential. It also doesn’t help that enemies and even bosses often repeated as well. All of these aspects gets so old very quickly and get too boring for the game’s own good, especially that this game takes about 30 to 60 hours to beat. I can’t count on so many times I felt bored out of my mind and I came really close of not finishing it. But I did finished it not because of the story or music. Just to get it over well since it’s very tedious.There is no reason for making this so boring to play. Hell even doing a drinking game on the Kingdom Hearts series is more fun and varied than this. Joking aside, my point is that it’s good to have variety of content in games so if you want to do something else instead of going through the main game. You have this choice to play bonus areas, minigames, or something that adds to the excitement that make games fun to play. Than in the main story mode, you have other choices of moves, equipment, and objectives to give you motivation to continue. This content helps keep the gameplay from getting stale and it increases the replay value of any game. Even the older .hack games have other content that you could do. Like in the original series, you could feed a pet to ride on and to do races. You also get to play around with equipment with different spells to it which adds customization potential to tap into in your team of choice. If you don’t want to do that, you could look at the news and forums to see the discussion people started offline. Than in the GU series, you could level up your guild, do side quests from NPCs, ride a bike, and even battling at the arena. Again during “offline” you are able to look at the forums, news, videos, and listening to music. If these games before this title can do it, why not this?

While I talked on the dungeon aspect of the gameplay, how are the other content? Well there’s not even a decent amount of content that can save it from the already train wreck of a battle system. On the towns standpoint, fans may be disappointed that you can’t explore the towns or trade with players anymore. I can understand from a perspective since it’s on the PSP but I won’t lie that it took the magic away of exploring that made the MMO aspect work on the series. Instead you are able to go to a shop for items,and such. Other places you could see are for story reasons so it’s nothing special. On the base of the Grand Whale, you are able to check your emails, and go through different time periods. You get to chose optional ones that expands on the past .hack manga and other works for non story content if you’re interested enough. Unfortunately the replay value here is non existent as the periods you can’t go back. It just have the cutscenes of events that happen during it. Another thing to check is the shop for customization items to add to your character for a somewhat amusing look. From what I can gather, you can set up something with the team members on board to set up some abilities to level up during the game. Than you have the others shops that sells expansion, wallpapers and BGM(background music) to listen to.

Speaking of the music, thankfully it’s one of the few things that this game excels on. Chikayo Fukuda composed new music mixed with older tracks from the past anime and games creating a pleasant soundtrack that shows how far the series got musically and the choices fits the cutscenes thankfully. The sounds are done well, catchy, and the vocals is very pleasant to listen to in usual .hack style. Strangely the music helped out through the gameplay of feeling somewhat invested in that aspect. It excites you when a special story event boss appears, and you want to beat it in a timely fashion with the music perfectly synced at that moment. It also adds to the impact of a critical plot event in the cutscene creating motivation needed in playing this.

I don’t know what happened to this game. It could have been good, the story is well done, the music is excellent, and the ideas it had for gameplay could have worked. However it really suffers from the lack of any exciting gameplay filled with repeating areas, enemies,and bosses. It felt boring to the point that you don’t have any motivation to care despite the positive things about the game. The addiction that’s around this series mixed with the gameplay, music and concept, that makes it so interesting isn't here. All I felt was just complete boredom from this mess. I don’t really recommend this to anyone but if you are curious enough and have a Japanese PSN account. There is a free demo to try out if you want a small taste of it. Now I really hope the most recently title “.hack Versus” is better.