The Dead are not as Dangerous as the Living 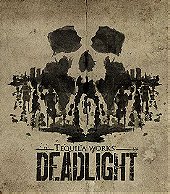 2.5D games have been recently making their way into the gaming landscape and Deadlight puts a zombie/post-apocalypse twist in an attempt to put itself apart from the rest. With Amazon having a great deal a little while ago I just couldn't pass up the chance to try it out.

Set in 1986 Seattle after a global event that plunged the world into chaos and destroyed most of life on earth. Playing as Randall Wayne, a man looking for his friends and family and bring them to safety, the player must avoid the Shadows, a zombie like foe that plagues the game, and also battle the living that are trying to survive as well.
Deadlight has a dark story but borrows heavily from major zombie movies that one can almost guess it while playing and really is hard to feel compelled to finish the game. The cinematic scenes are really the only thing that kept me going as it's motion graphics was like Metal Gear Solid: Digital Graphic Novel which were quite interesting.
The game is also dark to give the feel of dread with the graphics being styled with grit and the gameplay limiting the player with either limited resources or nothing but to have the player run for safety. The only problem is that sometimes the game put the player in tough situations that cause more frustration than enjoyment with Shadows swarming before the player can do anything or being unable to do basic platforming to get away.
The sounds and FX are basic suspenseful tracks and zombie moans but the most annoying thing is the cinematic scenes are not adjustable and blasted out my speakers with little warning.

I love the post-apocalypse settings and was very interested in Deadlight when I heard about it but after hearing that it wasn't that great of a game I hesitated. And after playing, the review were not unfounded and Deadlight should only be bought by post-apocalypse fans and only when on sale.