There Will Be Blood review
87 Views
0 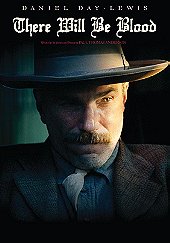 I finally got around to watching this film, which turned out to be an interesting story about the evolution (or deterioration) of an oil man. It also has allegorical issues of religion, power, industrialism and the need of men to manipulate for greed.

I understand the method Anderson chose of telling the story, but it seemed unfocused while shifting from one period in the story to the next.

I appreciate artistic and big films with their own sense of morality with no conscience towards time and scale..like Sergio Leone and Stanley Kubrick films, and this film does have signatures of Kubrick's style, but it doesn't quite come together in the way it tries to, but it's still an interesting film with inspired acting as usual from Daniel Day-Lewis who seems to put his heart and soul into every performance.