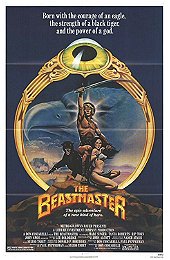 There are only 3 categories you need to make a Sword & Sorcery film:

+ Good amount of boobs, every chance to rip off a blouse or dress to show tits they would.

++ Main actor was ripped as hell which distracted from his bad acting.

+ Yoked black dude in the leather outfit was a good addition.

+ The lead bad guy had good acting abilities and was believable.

- The script jumped around and was hard to follow at times.

+ Sets were big and believable.

- A tiger was painted black and was supposed to be a panther. (This actually might be a plus because it's so hilarious)