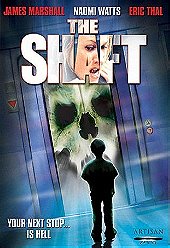 To be honest, I wasn’t expecting much from the damned thing but since it was directed by Dick Maas, I thought I might as well check it out. Well, pretty much like ‘Do Not Disturb’, the other international production directed by Maas, it was back then a huge critical and commercial failure. I have to admit that it did turn out to be slightly better than expected but it was probably due to the fact that I was expecting something so bad and also because his recent movies were all just terrible. In fact, I saw the original Dutch version, ‘De lift’, which was one of Maas’s first directorial efforts but, even if it is a cult-classic in the Netherlands, to be honest, I wasn’t really impressed (I have to admit that I saw it years ago though). Seriously, it is just a ridiculous concept and it turned out be even more lame with this US remake. Concerning the cast, at least, it was pretty neat to see a very young Naomi Watts just before she got her breakthrough with ‘Mulholland Dr. ’ but the rest of cast was actually rather worthless. On the other hand, they were not helped by the dialogues which were just so cheesy and I’m actually being rather generous here. And, yet, during the 3rd act, it seems as if they all woke up and the whole thing became completely wild and over-the-top which actually worked better with this material but it was just too late and, even then, I was still not impressed by the end-result. Anyway, to conclude, my rating was probably too generous here, the damned thing was really weak and there is really no reason why you should watch this flick, except maybe if you are curious to see Naomi Watts just before she became worldwide famous.