System of a Down review
45 Views
0

Review of System of a Down 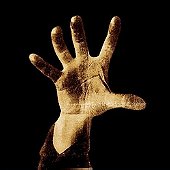 OK debut from this Californian band of Armenian descent, which spawned the singles `Sugar` and `Spiders`. I looked for reference points whilst trying to pin down this album (tagged `alternative metal`) and found traces of Tool, Slayer, and (most markedly) Faith No More, but SOAD undoubtedly carved their own sound, this being an imaginative and varied effort in it`s own right. In someways I consider this the spiritual successor to `Angel Dust`, due to the off-kilter vibe and schizophrenic vocals, though the lyrics here are more happenstance and lacking the wit of Patton & co.

Serj Tankian is a capable and varied singer, though the `kitchen sink` approach to the vocals wears thin in parts, some of the OTT inflections throughout the album becoming irritating. On the upside, the short running time of each track suits the band down to the ground, considering the haphazard nature of much of the material (check out the stream of consciousness lyrics). Inevitably with 13 tracks on offer some are stronger than others, but there is enough diversity to keep things interesting even amongst the filler. At 40 minutes long, I can`t say the album outstays it`s welcome.

All told, SOAD`s debut is a fine effort, there`s just something insubstantial about the songwriting that stops from me wanting to hear more from the band. In any case it made an interesting diversion from the deluge of thrash, black and death metal cds I`ve been subjecting myself to recently and I daresay is superior to any of the crappy nu-metal outfits these guys find themselves compared to.