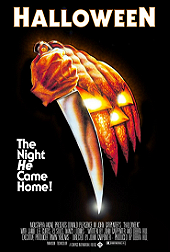 The greatest moments of Halloween take their lead from its terrific opening: that legendary, lean musical score, and the film's tricky force of orientation.
Carpenter's fastidiously fashioned film doesn't squander a one second, the top dog of the slasher genre. Apart from the intentions demonstrated by the movie, Carpenter and his crew have also forged a visually rich and well-paced film that generated the model for all subsequent of the genre.