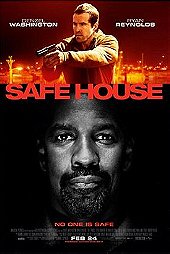 I heard some bad reviews about this movie ..WOW! They are so wrong.

This is definitely a rare MUST see movie that is just filled with non-stop action and also has a very intriguing and well done plot and cast. Movies these days just seem to be repititions more or less of each other and other movies, but this one was different and had a great cast, acting, and just a very well done storyline.

This movie was so good, and kept you at the edge of your seats, really exciting and the action just never ended. There were some twists and it kept you wanting to know more about everything that was going on. The ending also just left you wanting for more of the movie- the only bad thing about the movie is that you wish it was longer so you could witness Reynolds in action taking the place of the person before him.

You are intrigued by the character he plays but even though he is portrayed as a traitor (you emphatize with him). He has that ability in all of his movie and theater roles. Bad can be good even when you want to "dislike" the character played. So much action and intensity - the movie time went by fast. Predictable ending -- but the story development was excellent.

I was so ready to see this movie and I was not disappointed. Denzel and Ryan were a good match up. The combination of acting from them brought the movie out. Of course, being a big baby I was sad watching a few of the scenes. I don't want to give a way much. So go watch this movie. You will not regret it!