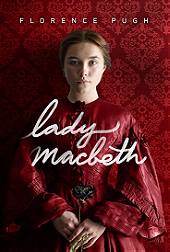 The main reason I wanted to watch this flick was because it was, at some point, included in the ‘1001 Movies You Must See Before You Die’ list. It has been removed since then but since it has a decent reputation, I thought I might still check it out. To be honest, the whole tale of a young girl forced to marry a much older rich guy in the 19th century was hardly original (For example, I saw ‘Madame Bovary’ starring Mia Wasikowska only a few months ago).  This kind of tale is basically all about loneliness and boredom and the mood was indeed pretty dreary but, at least, the damned thing looked really beautiful to look at. However, the fact that the main character chose a lover who seemed to be only slightly less tedious than her husband didn’t really help to root for her (at least, the guy seemed to have some skills in the bedroom). The fact that she eventually killed a very young boy with her bare hands probably didn’t help either. And yet, I still liked the damned thing though thank to a pitch-perfect performance by Florence Pugh. The first refreshing thing was that, for this kind of parts, they usually take some actresses who are at least 10 years older than their character, but Pugh was not even 20 years old at the time and it’s just staggering that it was only her 2nd acting part. Indeed, she displayed such acting skills and, even though we don’t learn much about what Katherine Lester might exactly think or feel after all, without any dialogues, Pugh still managed to convey so many emotions. Anyway, to conclude, even if the movie was maybe not great, it was just fascinating to see such a young talent burst into the screen in her breakthrough performance and, only therefore, it is worth watching the damned thing.