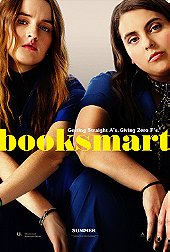 I thought the movie offered a fresh take on a high school comedy.

That being said, many aspects of the plot were unrealistic and raised questions for me:

It is also disappointing to me that one of the girls' feminist heroes seems to be Michelle Obama or any woman in the Obama family. This makes me question how politically informed they really are, as the Obama administration kicked people out of their houses, jailed journalists who exposed war crimes, and bombed many countries. These policies do not seem to support personal freedoms and equal standards of living.