Review of The Inhabited Island 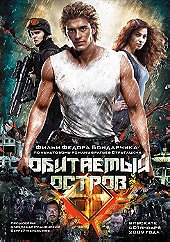 I think this is the best russian movie I have ever watched. They've put a lot of money in it and I think it was worth it. I gave this movie nine stars instead of ten, just because of the ending. They have separeted the book into two movies, but the first one doesn't have its own ending. It just stops. That was the only negative aspect.
I didn't read the book, so I don't know how different it is from the original. But just as movie it was interesting and fascinating.