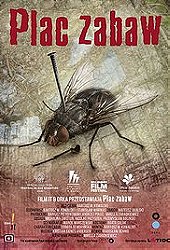 in a country known for its strong family values and Catholicism comes the debut feature of Bartosz M Kowalski who slowly constructs a story so doom-laden and harrowing it will stay for a very long time. It brings to mind the tragedy of toddler Jamie Bulger who disappeared from a Liverpool shopping centre in 1993, never to be seen again.

Bartosz M. Kowalski ’s minimal approach to his co-scripted subject matter is laudable as he explores, in a rather ominous tone, the early days of summer for a couple of pubescent boys as they kick over the traces of boyhood in the final term at junior school. Impressively performed , this thriller throws up a number of question marks about the future of underprivileged teens in Poland who have clearly not benefited from the spoils of EU enrichment, whilst growing up untrammeled by the stern regime of the communist years, of which their parents still bear the legacy from their own upbringing. This regime inculcated discipline, commitment and obedience to their elders. And although the privations are still present, these youngsters are from the internet generation which allowed them to access brutal material and resulted in a dumbed down and casual attitude to violence and pornography before their own moral compass has had a chance to be set sane and healthy.