How bad stage design can ruin a good platformer 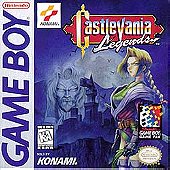 Castlevania Legends is often seen as one of the black sheeps this franchise has too offer. That's not saying a lot since quite a lot of games in this franchise are seen as black sheeps. But Castlevania Legends in particular has even gone so far as having the original creator openly speaking about his distaste towards this game, and made it non-canon to the franchise. Honestly speaking, I don't find the game to be that bad for the most part. Sonia, the main protagonist controls very well for a classic Castlevania game, especially with air mobility. Sub weapons are gone and replaced by Soul Weapons and Burning Mode, which I found harmless really. What Legends does wrong however is the other major part of a platformer: level design. Stages are huge and encourage exploration. Great idea, I love games that allow me to explore a stage and being rewarded in the process. Except.. you aren't being rewarded. When you explore, you either come upon an item that will affect the ending, or you'll come upon a dead end or monster room with no rewards whatsoever. And given that Castlevania games aren't like Sonic or Mario where you can return to where you were pretty fast and kill enemies with ease, this is not a desirable situation. Those dead ends can potentially be the end of you, and it's a big waste of time. If the dead ends at least rewarded you with something it wouldn't be half as bad. Stages as a result are a chore to go through, and that's the last thing you want to have in a platforming game. Also I dislike how there's quite a long hallway between the final boss and the last checkpoint. It's not difficult, just long. Overall Castlevania Legends is a good platformer mechanically, but held back by the quite bad stage design.