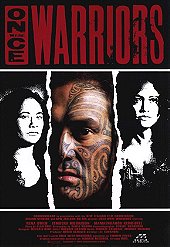 ''Our people once were warriors. But unlike you, Jake, they were people with mana, pride; people with spirit. If my spirit can survive living with you for eighteen years, then I can survive anything.''

A family descended from Maori warriors is bedeviled by a violent father and the societal problems of being treated as outcasts.

Combine Director Lee Tamahori, Writer Riwia Brow and the Novel by Alan Duff and you're in for an explosive treat of immense fortitude. Equalling the most realistic depictions of a life of a family that hits home...and then some.
Once Were Warriors is, in it's rawest form, about a woman named Beth and her struggle to just do what's best for her family. She is of Maori heritage, New Zealand's native inhabitants. Culture is a proud and powerful aspect of the story, as Beth's strengths lie in her devotion to her family and her heritage. But that is little comfort, as her daughter is struggling to accept adulthood, her youngest son is heading towards juvenile detention, and her oldest son is fast on his way to joining a brutal group. Worst of all, her husband Jake is violent, strong, demanding and an alcoholic. 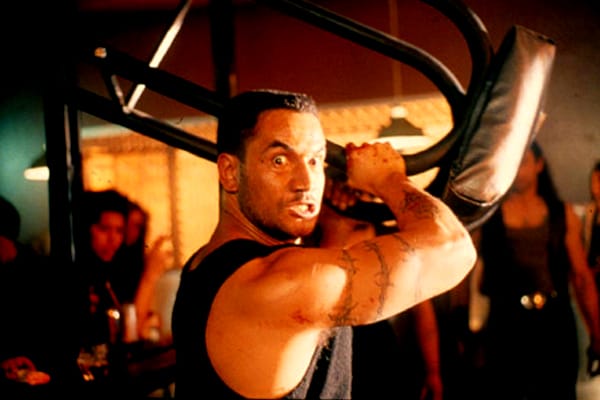 The film draws strength from painting everybody in full 3 dimensions. Each of her children are troubled, but they all have fierce love and respect for their mother. The gang initiates the oldest son, embracing him with violence, the way the Army would do. The juvenile detention center separates the youngest son from his only home, but instills in him a pride in his ancestry. And Jake himself is a beast, a colossus, a terrifying man, built like a demonic tank who will destroy you with anything at his disposal, should you even spill a drop of his beverage...but despite all that, he still somehow, comes across as loving Beth. Sometimes.
Once Were Warriors is a film that you are instantly compelled to watch, simply because it presents a world that most people are not familiar with. I'm sure that most Americans and English people have heard of the Maori, the native peoples of New Zealand but how many can say that they have an idea of what kind of lives these people lead or what the modern day culture looks like. As far as I know, Lee Tamahori is one of the first directors to show us this culture, which many Americans will instantly compare with south central L.A. gang life and the decay of Native Americans lifestyles.
The film's opening scene is very clever. We are shown a beautiful N.Z. countryside of what most of New Zealand must have looked like before British colonization. Then the camera pulls back to reveal that it is just a billboard in the middle of the urban insanity that we are all too familiar with: concrete highways. We are then shown an urban ghetto where hip-hop culture looks as though it has latched on to Maori youth and bar brawling and 40 ounzers are all that the rest seem to live for. Among the latter group is Jake Heke, a macho abusive drunk living with a wife to whom he shows no respect and five kids that he couldn't care less about.

''I bought seafood today - bloody everything! Just wanted to put a smile on her face. Think she'd let me? Not a chance. All I said was that I got laid off. Anybody would've thought I'd told her my prick had dropped off!''

There are many qualities to this film. One of which is the costume design which presents a wide variety of hip-hop and biker gang style clothing bringing the grittiness of the social environment to life.
Another quality is the undeniably powerful, emotional and inspirational performance by Rena Owen as a flawed yet amazingly strong wife and mother. The scene that I was most compelled by was when Boogie's counsellor, whom seems to have been Westernized, in his slacks and collared shirt, proves with a Maori spear that he is in fact an honourable warrior.
However I would have liked it if the story had drifted off in more directions and made me more familiar with the lesser shown subplots such as Boogie's new-found love of his culture and gang member Nig, whose appealing demeanor is given hardly any attention. The film could have been longer to make this possible and it could have scrapped some of the drinking party scenes.

I felt satisfied with the conclusion on all fronts, and thought that each character showed exactly where their strength lies.
Be warned that this film is truly heartbreaking. It's overall tone is one of futility, better lives not received, wanting the best but never quite achieving that level. It is very raw and intense in its portrayal regarding physical and domestic violence, and the easily upset may have a hard time waiting to see if it ends happily enough for their tastes.
There are disturbing scenes of violence against the female characters. However you should not avoid the film because of this. In the end, it can be seen as an inspirational story, how inner strength and love can overcome anything.

''People show their true feelings when they're drunk.''