Under the Skin review
59 Views
0

Review of Under the Skin 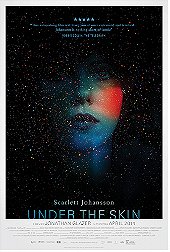 This is one of those movies that is hard to understand how it ends up actually getting made. It's one of those that goes over the top in trying to be "different" and "artsy". There was virtually no plot, no MacGuffin, nearly no dialog. And nothing is ever really explained. The audience is left almost entirely in the dark essentially the entire time, and almost none of the questions ever get answered.

At least David Lynch and Stanely Kubrick offer compelling scenes to get lost in, even if the viewer doesn't understand fully what's going on, or know what they watched by the end of the film.

This was like an immitation of them, but without the good stuff they bring. Every scene was way too long and slowly paced. In fact, the entire movie could have easily been a short film and the audience wouldn't have lost anything.

I will admit that the cinematography was pretty good, and I liked the locations and some shot choices. And the lack of dialog wasn't all bad, as the simple sounds of nature and the city added a nice element. Kind of like what was done with Cast Away (2000). The creepy music was nicely done and well placed, and was a welcome addition as well.

Scarlett Johansson was fine in her leading role as the female, and let's face it, if not for her presence (and her nudity), this film wouldn't have gotten a fraction of the tiny attention it did get.

The slow pacing and lack of plot and character development and all the other issues that make this hard to watch are actually all tolerable in film...if we're given something entertaining. But this was just a pain. There was never a moment I was unaware I was watching this movie. There was never a moment I wasn't annoyed with the unnecessarily long and repetitive scenes, or the fact that so much is never explained.

A lot of people like this aspect because it gives them an opportunity to pretend to be intellectually superior to everyone else who admits that they don't get it. It's like postmodern art. When people are faced with something that is largely dumb, but is presented as a serious piece of art, many think that they'll come off as sophisticated and superior if they call it "brilliant." That's how a movie like this gets called "best film of the year" by some critics.

Ultimately this film functioned as basically a test of one's patience...how many minutes of meaningless scenes filled with characters you don't care about, doing things you don't understand for reasons you are unware of, can you sit through...just to see Scarlett Johansson naked?

Of course a celebrity going full frontal for the first time is certainly an initial appeal, and it is no doubt the only reason a large portion of the viewing audience for this film bothered to watch. But even aside from that, it almost became kind of a challenge in itself just to see how much of this film could I sit through.

But without the promise of A-list star nudity, or at the very least ScarJo or an equivalent attractive star lead, it's tough to say how many viewers would last for the full runtime.

I give it a 3.5 (rounded up to 4) for the visuals and Scarlett Johansson and nudity.