Why the UK’s not seeing Ant-Man 2 next week 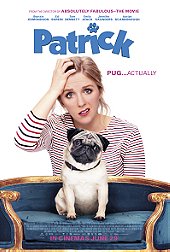 The UK cinema release strategy has been a catastrophe for many, many years, and continues to be so today. Like other countries, we are too small a nation, too prominent a film industry and too concerned about events like holidays or sports to maintain a schedule as tight as our superiors, in a bitter kerfuffle over what to do with the most noteworthy pictures that usually aren’t tentpoles besides just dump them into the winter of next year if they’re Oscar qualifiers or animated films that don’t stand a chance against December’s penultimate blockbuster, even if it means piracy within a week of release. Some independent films haven’t made it to UK shores until over 14 months after release in the US or or the countries that produced them, and Curzon last year purchased so many films that they’re struggling to figure out what to do with them all. Case in point – Disobedience and Foxtrot won’t be seen here until December, and they hit home release in the US next month. But I’m getting ahead of myself here, because we’re supposed to be discussing how this has affected Disney.

It was hard enough in previous decades – for example, A Goofy Movie did not earn a UK release for 18 months. While they have improved slightly since releasing Up in October, Disney UK and film distributors still fail to realise that spoilers and animation hype matter more now than they used to, what with Twitter, wikis and fan art plugged daily into most 10-20-something craniums and John Lasseter having carried Pixar’s villain formula over to Disney Animation, a studio that used to provide lovable villains that were vile by design, and we are sicker than ever of waiting now that most people who browse the IMDb or YouTube know how the UK film industry works. Schedule constraints involving Paddington 2 and The Last Jedi have more recently placed Coco in January, making Cars 3 the only new Pixar film seen by UK audiences in 2017.

But Disney have grown so powerful with every asset they’re purchasing that this strategy appears to have finally caught on with their 12A fare after six years of putting international markets before domestic. The World Cup scared Ant-Man and Jurassic World out of their initial UK releases to end up weeks apart from each other compared to their US dates, and Disney did not want to risk a clash with Incredibles 2, because unlike Ant-Man 1 competitor Inside Out, The Incredibles is of course cinema with superheroes we know and love. This could have meant moving Mission Impossible: Fallout to the following week considering there’s already a Disney-branded tentpole scheduled for August and the month’s already beginning with Teen Titans Go! To the Movies, or better yet Disney delaying the film to a later date in all countries, but nope, we’re the fourth last country to see Ant-Man and the Wasp, so we have to suffer like 2018 wants us to, and pirate the hell of it for our own safety like studios so often tend to forget; Evangeline Lily knows this and she is not pleased. At all.

But what the clickbait writers underestimate is the bigger reason we’re seeing this movie so late. Recently, Disney relaunched their Buena Vista International label, making way for the kind of films they hadn’t been able to distribute since they gave up on Miramax and slumped on Touchstone, and the first on their agenda is the film I am going to talk about in a moment, a movie that’s haunted me since the day it was listed on launchingfilms.com. This is not the kind of film you’d expect them to recompense for a Marvel delay, but they did it anyway, leaving something for those uninterested in footie (girls, of course) on the day they would have stuck to their traditional strategy for a Marvel movie. Of all Disney’s broken release efforts, this is by far their most embarrassing one, as the people that used to count themselves lucky now have to be relegated to spoiler hell for a whole month and all because of some dog. But surely we have to review this as a film and not just a studio blunder, right? I of course was the first person to notice this, remained one of the only two on social media who fully understood this switcheroo and submitted the film to TMDb the moment its release was announced as being the 24th August, so deviating from my diet of fresh tomatoes and curiosity for the cult, and booking Adrift in a double bill so my journey wouldn’t feel like a waste, I decided to go and see it to find out what it really feels like when you’ve been given a slobbering dog instead of miniature Paul Rudd.

Patrick is Bridget Jones, except Sarah Francis (for short) has a pug to talk to and not a diary. To paraphrase Deadpool (which I really hate to do), the most memorable Disney films open with a tragic loss. In this case, ‘Everlasting Love’ plays over a montage of Sarah (Jennifer Saunders’ daughter Beattie Edmondson) suffering from post-breakup depression as we first saw Renée Zellweger and if that isn’t a fatal enough blow to Sarah’s heart, her grandmother passes away in front of everyone by the park river, setting her pet pug free. He attends her funeral in a cute little tux. And if that isn’t a fatal enough blow to Sarah’s soul, this rather fancy but still mischievous mongrel is bequeathed to her much to her horror, and never having taken responsibility for a pet before, she has to deal with the usual dog movie clichés. The dog wees everywhere! The dog runs after a cat/flock of deer! The dog causes a mess when she’s not looking! The dog ends up interfering with her new job as a year 11 teacher when he is almost poisoned by a Snickers (it could be worse)! The dog drives her to the point of acting like him at least once, in this case almost taking a dump outside! The dog poos indoors and she slips on it and gets some in her hair! The boy at the funeral says something morbid and beyond his intelligence at a funeral! Laugh, damn you!

Of course, it isn’t too long before the magic pixie dream dog teaches her how to cope with this new life (and how to act). She at least has a student who helps set things straight when the rest is up to their usual schtick, she is able to bond with her sister (Emily Atack) well even with Patrick driving her barmy, she doesn’t have such a bad relationship with Maureen (Saunders in a bloody fat suit) as you’d expect from a woman like her, and little Patrick teaches her how to love. Aww. She is faced with a handsome, dashing jogger who also happens to be the local vet (Ed Skrein), but also on her radar is the Charlie-Brooker-looking somebody she also meets in the park (Tom Bennett), and both these brunette men are taking a dog of their own for walkies. As this furry, grunting rascal eventually becomes the one thing she can’t survive without (although it doesn’t seem too ghastly when she predictably loses him), which of these men is going to fulfil her happiness? Spoiler if you care: You’d know if you’ve seen Bridget Jones’s Diary or its two sequels.

Christ, they traded the UK release of a well-received MCU movie for THIS?!

It’s the closest a cinema can get to showing kids Bridget Jones on purpose (unlike the cinema I saw this in did before realising they were supposed to screen The Polar Express), but for the parents, possibly even for some dog owners, this is the poor man/woman’s Richard Curtis/Sharon Maguire. This is a world of comedy clichés where everyone and everything is hammed up so that hardly anyone is either human or funny (except for Bernard Cribbins for using a box of fish fingers to heal his head wound and a park bench when Sarah runs the Fun Run 20 minutes late), a world set to a generic family comedy score that takes 94 minutes to explore but in the end you’d believe it was two hours (which is unfortunate because I have minimal interest in the 122-minute Sicario sequel) and everything you’d expect to happen in a film with subject matter like this happens. This is as standard as dog films get. Well, at least the dog is never VFX-enhanced.

But it must at least have redeeming factors, right? Eh, sure. Unlike the other British family garbage this year I’ve watched at home, if you could go as far as to call Peter Rabbit “British”, this was made out of pure love rather than simply for money. The idea stemmed from the memories of co-writer and producer Vanessa Davies, from her experience with a Patrick of her own – the difference from the film being his fur colour *coughwhitewashingcough* – so it at least feels personal, and it shows during the closing credits which are decorated with CG pixie dust for some reason. Plus, it was honoured by the Palm Dog, the best award show in the world, and sponsors pug welfare! Despite of her performance early on that plays like an overblown caricature of Zellweger, first-time lead and Bridget Jones’s Baby bit-parter Edmondson does manage to come off as somewhat charming when at her happy point, and both pugs playing Patrick are terrific particularly when he faces sadness or threat. When confronting the deer, he stands perfectly still and squints his eyes, looking perfectly intimidating for a cute pug. Don’t you hate it when a dog is more human than any human being?

Because of how insubstantial it is nonetheless, it’s unlikely to see a theatrical release in a good number of foreign countries and I’ll be damned if it makes even a limited release. Netflix seems like an easier target, perhaps even Disney’s own streaming service coming next year. It’s bad enough that this was directed by Mandie Fletcher, formerly a comedy queen with her work on Blackadder and in advertising and still an honest person, but previously the director of Absolutely Fabulous: The Movie, which was based on a guilty pleasure of a sitcom but was too cameo-riddled to win over foreign audiences, having been distributed by Fox in all territories including the US. This looks accessible in comparison, but ripe for a streaming deal. It’s clear why they wanted to dump it into World Cup time instead of its proposed August slot; it would be a waste of space compared to their tentpole fare, but even being Disney, surely they could’ve put out something of more value? This only bastardises the Ant-Man delay more violently, replacing one of their likeliest hits with a film they didn’t produce and aren’t likely to sell to any international division of the Walt Disney Company elsewhere, especially when it’s as stupid, derivative and mostly cringeworthy as Patrick.

Devised with good intent but envisioned through a female eye that honestly needs to stick to the times, this is everything we hate about dogs, everything we hate about dog comedies, and everything we hate about romantic comedies, and it’s anything but worth driving your kids to see. Wait for Incredibles 2 instead, because Bao delivers a much funnier and more nuanced female-driven, semi-autobiographical portrait of affection in just six minutes. I hope you American/European folk out there enjoy your Paul Rudd action next week, but please spare a thought for your foreign friends and be extra careful with your spoilers, because football is our religion and Patrick is our punishment.