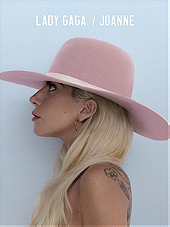 Lady Gaga is the only rock stars of the 2000s, for attitude: rebellious, provocative, exaggerated, over the top, with an extraordinary creative impulse. His career to date has been stunning theatrical work, playing with a bang almost ten years ago with "The Hunger" and carried out successfully with "Born This Way". Then, however, the star of incredible play he wanted to do the longer wheelbase of the leg: exaggerated, in fact, like any self-respecting rock star. He did this by publishing "artpop", a record that has blasted the chair viewers: an album inetichettabile, too often misunderstood and undervalued, a crazy flop in terms of sales (2.5 million copies sold around the world, virtually a sixth of those sold by "the hunger"). "It's over", "Failed", "He has nothing more to say," they said to her, who by then "cleaned up" the image preparing a standard jazz album with Tony Bennett.Now, after three years away from "Artopop", comes this new (highly anticipated) work in the studio rock star Lady Gaga: "Joanne". A return to the hit scalaclassifiche the first two albums, after the flop of "Artopop"? I miss at all: "Joanne" is another theatrical act of the opera to which we referred above. The fiasco of "artpop" had brought the American singer-songwriter astray: Gaga seemed to have lost, disoriented ( "I confess I am lost in the age of the company," she sings in the final piece of this album, "Angel Down"). When he started writing, he began to dig into his past and the past of his family, rediscovering the history of Joanne Germanotta (hence the title), a dead aunt to 19 years for lupus. He gathered around him a small circle of collaborators - including producers and musicians - and when it was time to return to the music, he preferred to stake everything on a more pure and genuine: the new album release was preceded by a tour which saw Gaga perform in some small local Americans, as if to start from the bottom.
"Joanne" is an album in which the attitude rock'n'roll Lady Gaga strips and strips, musically speaking, showing us his most emotional and personal side (in "Diamond heart" also makes a reference to sexual abuse suffered 19 years). The album, produced by singer-songwriter with Mark Ronson and BloodPop (with the participation of Kevin Parker of Tame Impala, Jeff Bhasker and Emile Haynie), is unsettling: rather than returning to Pezzoni dance-pop of the early years, Gaga seems to have taken yet another new path. In terms of sound, the album brings together episodes closer to pop-rock ( "Diamond Heart", "Perfect illusion"), the country rock and indie rock ( "A-YO", "Joanne", "Sinner's prayer "- with the hand of Father John Misty), country blues (" Come to mama ") and the piano ballad (the beautiful" Million Reasons "and" Angel down "). The electronics is there, but is relegated to the background, with worldbeat M.i.a. in style of "Dancin 'in circles" (there is a hand of Beck) and the duet with Florence Welch of "Hey girl", but it seems to be closer to certain productions 80s Prince and Michael Jackson rather than to hit tamarre the first Lady Gaga.
In one of the best moments of the previous album, the chorus of "Aura", Gaga sang: "Want to see the girl who is behind the aura, behind the curtain, behind the burqa?". And he'd done it almost see, that girl who was hiding behind the curtain: But, then, the veil does not split open. Now, however, the burqa lets it fall to the ground and does nothing to pick it up and become covered: Gaga shows us his pure face, his eyes and his "Diamond heart". "Where's the catch? Where lies the deception? His fans will understand this latest breakthrough?", You wonder. Because "Joanne" is a record that confuses and stuns seems almost a fiction within the fiction. Her, to reassure us, she smiles. But more than a reassuring smile, her, seems a wry grin: and if this face so pure it was just another mask, a "perfect illusion"?
TRACKLIST
01. Diamond Heart - (3:30)
02. A-YO - (3:27)
03. Joanne - (3:16)
04. John Wayne - (2:54)
05. Dancin 'In Circles - (3:27)
06. Perfect Illusion - (3:02)
07 Million Reasons - (3:25)
08. Sinner's Prayer - (3:43)
09. Come To Mama - (4:14)
10. Hey Girl - (4:15)
11. Angel Down - (3:49)