This is an important, relevant masterpiece 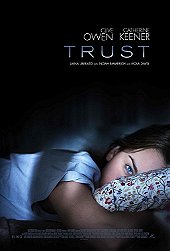 "Girls at my school have had sex with half the football team... I lose my virginity and my parents make a federal case out of it!"


Actor-come-filmmaker David Schwimmer's sophomore theatrical effort as a director, 2011's Trust deals with sensitive, challenging subject matter that most directors would refuse to touch with a 20-foot pole. Armed with a timely significance and a relevant message pertaining to the dangers of the World Wide Web, this is a powerful and provocative independent drama with a central premise that is neither "Hollywood-ised" nor sugar-coated. In a nutshell, Trust presents an intimate portrait of the full story behind what often amounts to an insignificant newspaper headline, and it explores the emotional traumas that emerge when an adolescent girl's vulnerabilities are cruelly exploited. 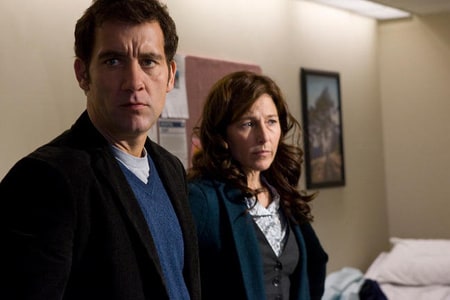 14 years old and passionate about volleyball, Annie Cameron (Liberato) is a typical teenage girl who spends the vast majority of her time chatting online, texting, or talking on the phone. Annie also has an internet dalliance in the form of a junior named Charlie (Coffey). Over time, however, Charlie gradually reveals that he is a bit older than 16, but Annie is so taken by his charms that she doesn't care about the lie. When they eventually meet face to face, though, she learns that Charlie is in fact closer to 35 and old enough to be her father. Unfortunately, the web of cunning and guilt that he spins around Annie's confused vulnerability are enough to convince her to go shopping with him and take a ride back to his hotel room. Tragedy subsequently strikes, bringing about the involvement of Annie's parents, the police, and the FBI. The repercussions of Annie's day with Charlie leads to emotional distress and a downward spiral for the family, with Annie left hurt and confused, and her father Will (Owen) struggling to come to terms with the fact that a man violated his daughter.


For years, David Schwimmer has been an esteemed member of the Board of Directors of the Rape Foundation in California. Upon hearing the story of a father whose daughter was raped by an older man she met online, the former Friends star was inspired to develop Trust simultaneously as a stage play and as his second theatrical filmmaking outing. The resulting script by Andy Bellin and Robert Festinger is lathered in an amazing attention to detail. Particularly chilling is Trust's accurate portrayal of the grooming strategies used by online predators. The subject matter could have easily been dumbed-down, but the picture was thankfully handled with consummate intelligence. At the centre of Trust are three-dimensional characters that feel real; they are flawed, and they make bad judgements. More pertinently, the film authentically captures the intimate modern connection between teenage life and technology, and it highlights the fact that adolescent judgement is often quite fallible. 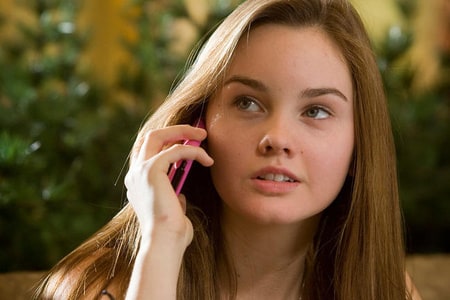 Trust represents a significant change of pace for Schwimmer, whose theatrical directorial debut was the 2007 Simon Pegg comedy Run Fatboy Run. Evincing an incredibly mature filmmaking sleight of hand, Schwimmer's handling of Trust's intricate psychological and emotional terrain is delicate and downright affecting. Added to this, pacing and structure are chief among the film's main strengths. Prior to Annie's fateful meeting with Charlie, a whimsical, engaging and efficient 20-minute portion was constructed to display Annie's affectionate online interactions with him, and it's almost unthinkable that doom and gloom lies ahead. During this segment, Schwimmer conveys Annie and Charlie's correspondences by having their instant messages pop up on the screen beside Annie; thus imaginatively circumventing the potential monotony of scenes of characters simply typing at their computer.


After Annie is raped, she is not sent to a dark corner to mope and play victim - like many teens confronted with the unfortunate repercussions of their misjudgements, she is defensive; refusing to believe Charlie is a criminal. It's heart-wrenching to see how things progressively unravel in the family household, and to see how the sexual assault affects everyone differently. While Annie convinces herself the whole thing is a simple misunderstanding, the event mentally affects Will down to his very bones. And then there's the film's spine-chilling ending, which is not a cop-out, nor does it feel forced or Hollywood - it underscores the prominence of sex offenders in this day and age, how easily they can be ingratiated into society, and that things do not always pan out the way you want them to. The only drawback of Trust is that a few narrative elements are too easily glossed over (such as Will's involvement with a pervert tracker group), and there are a few potentially plot-destroying questions. For instance, why didn't the FBI check the mall security cameras for images of Charlie? And it's apparently possible to track mobile phones if the phone is so much as on, so why is the FBI unable to find Charlie's location despite knowing his phone number? 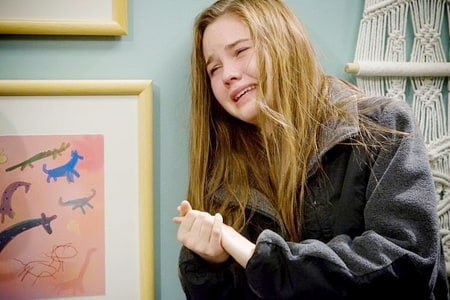 Perhaps the strongest aspect of Trust is the cast. Newcomer Liana Liberato is a particular standout, as her portrayal of Annie is emotionally powerful and excellently nuanced. Despite the fact that she was a minor during filming, Liberato was called upon to attempt a level of acting that even veteran stars have trouble perfecting, and she pulled it off amazingly. Seriously, this is Oscar material, making Liberato a young talent to keep an eye on. Meanwhile, Clive Owen's portrayal of Will is bursting with passion, which was most likely fuelled by the fact that he himself has two young daughters, making the story relevant to him. Owen's work is consistently engaging and often very stirring, which is particularly apparent during the emotionally devastating speech he delivers at the picture's end. Catherine Keener also impresses as Annie's mother. At any given time, it is easy to buy these people are being a real family since they embody the warmth that comes hand in hand with a family unit. And finally, making the most of a small role as the therapist called upon to help the family, Viola Davis is sharp, focused and believable. Other actors round out the cast roster - including the innately chilling Chris Henry Coffey as Charlie and an amiable Jason Clarke as the FBI agent - and suffice it to say, they are all very good.


A character-focused melodrama fuelled by a collection of outstanding performances by all three leads and beyond, Trust is a type of film we see all too rarely in this day and age. It is not concerned with gratuitous big bangs or special effects, and the makers refused to dumb down the material for easier mass consumption. This is also an important film rife with relevant messages, and it deserves to be seen.