Review of Future Present Past 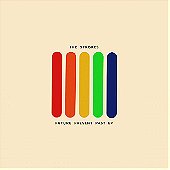 Not that this EP will follow to disk in force, having the Strokes complied with their contractual obligations with RCA with "Comedown machine" of 2013. In fact, it is said that Julian Casablancas and company are willing to make another record , busy as they are in their own solo projects. But consider this "Future present past" as an encouraging signal given from a listless team always pretty, even as listless as to border - sometimes - the antipathy: except for the remix edited by drummer Fabrizio Moretti (pleasant but all but essential ) the three unpublished included in the new EP of former indie darlings photographing a group all in all in good shape, able to capitalize on the experience gained in almost twenty years to highlight your own strengths and well camouflage the own shortcomings.

Post punk revivalist "Drag Queen", at the beginning, is deceptive: the verse of "Oblivius", screwed on a complex weaving guitar, turns into a chorus where the impact of Casablancas's voice is supported by a wall of synths and guitars. "Threat of Joy" will appeal to longtime fans, the ones who in their playlist still do not miss "Last nite" or "Someday", with guitars running the show on a beat just more complex than those produced by Moretti to "Is this it time?". While many wonder if the Strokes are back or not, the most cautious fans keep their fingers crossed: more than the story now lisa sull'hype early career and stepmother Mother press that first door on your hand and then ditching in After a couple of seasons, to the loss of enamel Casablancas and company has been some resistance to spontaneity - even sacrosanct, in some ways, because the daughter of the desire to free themselves from an image and a role that now went tight unbearably . So let us hope that in the coming months to our not occur between the soundtracks feet, DJs, installations, collections fall winter or impromptu collaborations and who knows: no performance anxiety and eyes on him the whole world, the Strokes may still give us some surprise.
TRACKLIST
drag queen
OBLIVIUS
Threat of Joy
OBLIVIUS (Moretti Remix)