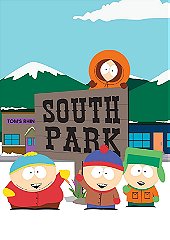 Southpark was bad; it was crude, it relied on fart jokes and poos to make its humour; at this point everybody left it and tarred it for life.

After season 3 however, it did a u-turn. Matt and Tray themselves have admitted they felt the need to make a more relevant, intelligent and satirical humour.

Now in its 11th series, South Park is one of the funniest, and often most intelligent programmes on television. The average show only takes a week to make so it stays much more relevant and can deliver up to date satire at the drop of a hat.

Everything has evolved so much about the series now; that it is hardly recognisable as the same show in its early seasons. If you wrote SP off back in the day, you have to give it a chance again....you might be pleasantly surprised.