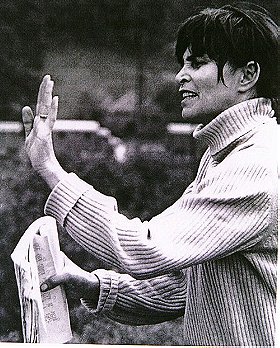 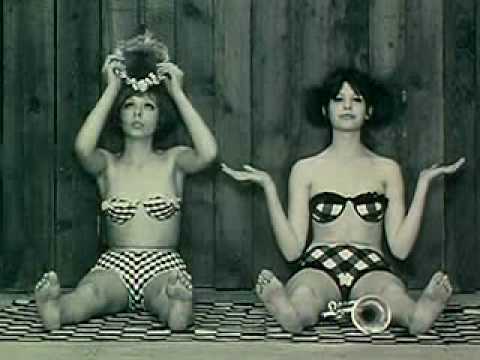 She was denied a scholarship, or even a recommendation from Barrandov, but she took the admissions tests at FAMU and was accepted. From 1957-1962 she studied film directing under Otakar Vávra, who also taught Jirí Menzel, Milos Forman, Jan Nemec, and Ivan Passer. In 1962 she graduated as director from Film Academy (FAMU) in Prague. Her graduation film 'Strop' (Ceiling 1962) and the following film 'Pytel blech' (A Bagful of Fleas 1963) were "staged" improvisations with non-actors. In 1966 Chytilova and her husband, 'Jaroslav Kucera', made a witty surrealist comedy Daisies (1966), which was immediately banned, but then was released in 1967, and won the Grand Prix at the Bergamo Film Festival. She remained in Czechoslovakia after the events of 1968, when her colleagues Milos Forman, Jan Nemec, and Ivan Passer emigrated. Her films were often "shelved" for reasons of political censorship. For six years Chytilova was banned from making films. In 1976 she wrote a letter of complaint to President Gustav Husak, describing her artistic position. After some behind-the-scenes influence by her supporters, Chytilova was allowed to make a low-budget The Apple Game (1977), which won a Silver Hugo at Chicago Film Festival.

Chytilova belongs among the foremost directors of the 1960's Czech New Wave, which was influenced by both the French New Wave and Italian Neo-Realism. Her films were acclaimed for visual experimentation and for bold unmasking of the moral problems of contemporary society. Her art belongs to what Sergei M. Eisenstein described as "intellectual cinema", that embraces the mix of "avant-garde", "cinema verite", "formalism", "feminism", or "happening" and, with a good deal of humor, it spreads beyond definitions. Chytilova's films often present a multi-layered plethora of visual associations that encourages the viewer to make active interpretations. She survived through the political turbulences in Czechoslovakia and has been a highly original and uncompromising filmmaker.

Although she was often seen as a feminist filmmaker (especially by non-Czech journalists), she repeatedly said in interviews that she does not feel like a feminist and that seeking messages of feminism in her films is the shallowest possible way how to interpret their meaning. ... (more) (less)
Tags: Writer (1), Avant-Garde (1), Actress (1), Director (1), Born 1929 (1), Misandry (1), Died 2014 (1), Pioneer Of Czech Cinema (1)
My tags:

5. The Emperor and the Golem (1952)
View all Vera Chytilová movies

InTheWitheringWind added this to a list 4 years, 7 months ago
Favorite Person (111 person items)

InTheWitheringWind rated this 8/10 4 years, 7 months ago